NMAJH Announces Intention to Emerge from Bankruptcy This Month
The National Museum of American Jewish History announced that it will emerge from its Chapter 11 reorganization on or around Sept. 15, citing a $10 million commitment by former trustee Mitchell Morgan and his family.

NMAJH said the commitment allows it to eliminate its debt and provides a pathway to stability.

NMAJH initially filed for reorganization under Chapter 11 of the U.S. Bankruptcy Code on March 1, 2020; the reorganization plan was confirmed on Sept. 1 by Chief Judge Magdeline D. Coleman of the United States Bankruptcy Court for the Eastern District of Pennsylvania.

“We’re living in a time that requires us to reflect on our values, and a time when our country needs institutions like the National Museum of American Jewish History that represent freedom and inclusivity,” Morgan said. “We wish this to be a contribution that will encourage more people to play a role in the museum’s future by providing different perspectives on how immigrants and religious minorities have positively impacted our great nation for centuries.”

“Mitch is a mensch and a hero in the Jewish community,” NMAJH CEO Misha Galperin said. “We are champing at the bit to carry the NMAJH story into its next decade. We stand today energized for our bright future.”

Under the terms of the commitment, the Morgan family will buy the museum building on favorable terms to the museum, providing the money needed for NMAJH to eliminate its debt. The facilities will be leased back at a nominal rate. The museum will have the option to buy back the facilities in full at a later time.

NMAJH will continue operating virtually while strategizing for reopening.

Since its galleries closed to the public, NMAJH said it has focused on strategic planning, including being promoted for inclusion into the Smithsonian Institution. NMAJH said in its release that 37 members of the U.S. House of Representatives and 23 senators have championed legislation encouraging the Smithsonian to explore a plan for acquiring NMAJH.

Exponent Honored in Journalism Contest
The Jewish Exponent won a second-place award in the Best Overall Newspaper-Non-Daily category in the 2021 Spotlight Contest conducted by the Keystone State Professional Chapter of the Society of Professional Journalists.

The Exponent submitted its Sept. 3, 2020 edition for judging, which was conducted by the SPJ Washington, D.C., chapter.

The Philadelphia Gay News placed first in the category.

The SPJ Keystone Pro Chapter covers most of Pennsylvania. It “promotes open government, freedom of speech and the practice of accurate, ethical, entertaining and informative journalism.”

Former Exponent reporter Sophie Panzer won a first-place award for “History’s Lessons: Jewish Couple Wed in Graveyard to Stop 1918 Flu Pandemic,” which was published on Oct. 8, 2020. It was selected in the feature story, non-daily category.

Adler will lead the country’s largest Jewish women’s organization, with nearly 300,000 members, donors and supporters and a professional staff of 200.

Adler assumed her role on Sept. 1, 2021, succeeding Janice Weinman, who retired June 30.
“A proven nonprofit leader with deep expertise in Jewish communal work and an impressive track record of community engagement, fundraising and advocacy, she is the ideal person to build on Hadassah’s past achievements, increase its global impact and take Hadassah into the next phase of its growth, Hadassah President Rhoda Smolow said.

A native of Rochester, New York, Adler graduated from Mount Holyoke College and SUNY Buffalo School of Law before returning to her hometown to work first in private practice and then as an assistant district attorney for Monroe County.

“The High Holidays ask us to engage in a practice of seeing how we may have ‘missed the mark’ this past year,” the organization wrote. “Where are the places where our intentions and our actions did not align? We will combine Jewish thought/values with very real action of using the metaphor of ‘missing the mark’ by throwing our sins away with an axe towards a bullseye.” 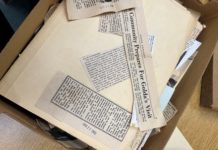 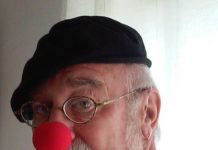