If confirmed, Gutmann, who is Jewish, would be the first woman to serve as U.S. ambassador to Germany, and she would likely conclude her 18-year tenure in 2022 as Penn’s longest-serving president.

“As the daughter of a German Jewish refugee, as a first-generation college graduate, and as a university leader devoted to advancing constitutional democracy,” Gutmann said in a statement, “I am grateful beyond what any words can adequately express to President Biden for the faith he has placed in me to help represent America’s values and interests to one of our closest and most important European allies.”

Gutmann’s father, Kurt Gutmann, was born in Nuremberg, Bavaria, and fled Nazi Germany in 1934 to Bombay, India, before moving to New York, where Amy Gutmann was born.

Her father’s refugeedom left a lasting impact on Gutmann.

“The biggest influences on me for leading preceded my ever even thinking of myself as a leader — particularly my father’s experience leaving Nazi Germany,” Gutmann said in a 2011 New York Times interview. “To me, those two things are really important about leadership, to have courage and to be farsighted in your vision, not to be just reacting to the next small challenge.”

Gutmann’s tenure was marked by her creation of the Penn Compact, a series of initiatives prioritizing inclusion through the expansion of need-based financial aid; innovation through the creation of the Penn Center for Innovation and the Pennovation Works industrial site; and impact, by investing in projects to build connections in Philadelphia, the U.S. and internationally, such as a $100 million gift to the School District of Philadelphia.

She also launched the Making History campaign in 2007, a fundraising effort that raised $4.3 billion before its conclusion in 2012.

However, Gutmann’s actions as president were not without criticism, including for refusing to take a pay cut from her $3.7 million salary during the pandemic, as several of her Ivy League peers had done. And after the Penn Museum’s announcement that it had, for decades, kept the remains of children killed in the 1985 MOVE bombing, protesters gathered outside of Gutmann’s home.

Gutmann’s appointment as ambassador requires confirmation by the Senate and the approval of German President Frank-Walter Steinmeier.

Though Gutmann has not previously held a government position, she is no stranger to foreign policy or to her nominator.

Under Gutmann, the Penn Biden Center for Diplomacy and Global Engagement was founded in 2016. It opened in 2018 and has continued Penn’s focus on diplomacy, foreign policy and national security.

Gutmann announced Biden as the Benjamin Franklin Presidential Practice Professor at the University of Pennsylvania, and Biden was tasked with leading the center.

Should Gutmann become ambassador, she would replace Robin Quinville, the chargé d’Affaires — and de facto ambassador — of the U.S. Embassy in Germany, who took over for Ambassador Richard Grenell after he resigned in June 2020.

Grenell, known as the “undiplomatic diplomat” in Germany for his dubious etiquette, urged Germany to increase its military defense spending; he and President Donald Trump threatened U.S. military troop withdrawal from Germany and withdrawal from NATO. Grenell also advocated for a ban of Hezbollah in Germany, which took effect in April 2020.

As ambassador, Gutmann would be tasked with navigating issues such as Germany’s defense spending and U.S. sanctions on the $11 billion Nord Stream 2 pipeline.

Gutmann’s appointment as ambassador would resurrect a longstanding tradition of academics serving as ambassadors. In the 1940s and ’50s, former Harvard president James Conant soothed the U.S.-German relationship after the war by engaging with local German universities.

Along with Gutmann, Biden nominated David Cohen, former Penn Board of Trustees chair, to serve as U.S. ambassador to Canada. Scott Bok, investment banker and CEO of Greenhill & Co., Inc., replaced him as chair on July 1.

Bok spoke on behalf of the board, expressing his support for Gutmann.

“She is one of the most highly regarded academic leaders in the world and has led the University of Pennsylvania to new heights of eminence,” Bok said. “Amy has been a superb president for Penn, and we have total confidence that she will remain fully focused on advancing Penn’s agenda until the conclusion of her time at the university.” 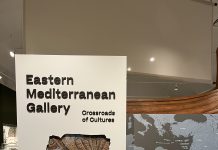 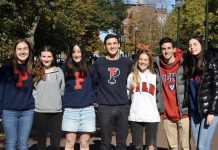 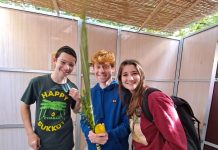