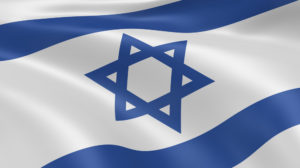 Nine Palestinians were injured during clashes with Israeli police at Jerusalem’s Temple Mount amid escalating tensions on the Gaza border, less than a month after the end of a round of intense fighting between Israel and Hamas.

The clashes on Friday occurred as a crowd of Palestinians exited the Temple Mount, which Muslims revere as the Noble Sanctuary. According to the police, members of the crowd threw rocks at the police officers, who responded by firing sponge-tipped bullets and stun grenades.

In addition, a number of Palestinians were injured in clashes with Israeli soldiers outside an Israeli outpost in the northern West Bank. The soldiers fired tear gas and sponge-tipped bullets in that instance as well.

The fighting occurred amid renewed conflict between Israel and Palestinians in Gaza, who have repeatedly sent incendiary balloons into Israel this week, sparking fires in farmland and around border towns. Israel conducted multiple rounds of aerial bombing in Gaza in response.

Earlier this week, a crowd of right-wing Israelis marched in Jerusalem’s Old City, with some chanting “Death to Arabs” and other calls for violence. Last month, unrest and clashes in Jerusalem preceded the 11-day conflict between Hamas and Israel, in which more than 230 Palestinians and 12 Israelis were killed.