Like the rest of the world, Jaret Lyons went through a lot of change in the last year and a half.

In the fall, Lyons left his old company after 14 years. And amid a once-in-a-lifetime pandemic, he suddenly found himself with some spare time on his hands.

A board member of Temple Emanuel in Cherry Hill, New Jersey, Lyons was never a stranger to dedicating free time to charitable endeavors. But to fill the new gaps in his schedule, Lyons decided to go bigger than ever before.

“I knew that I’d have, for the first time in my professional career and probably the last time, more free time,” Lyons said. “I was in a mood where I was given to be thankful to things and think about things you want to do. I came up with an idea after chatting with my wife to volunteer more, and because I like to go big when I think of ideas, I thought, what if I could volunteer for 52 organizations in 52 weeks?”

Lyons’ idea manifested itself in what he calls “Mission: Possible,” which has seen him put in shifts for nearly 40 different charities in the Philadelphia area since beginning in December.
Many have had to do with food insecurity and homelessness — not necessarily by design, Lyons said, but because those organizations were simply more likely to pick up the phone.

Lyons also has volunteered with many Jewish charities over the past several months. On his website, Lyons lists shifts with Temple Emanuel, Jewish Family and Children’s Service of Southern New Jersey, KleinLife, PJ Library and the Jewish Federation of Southern New Jersey, among others. In doing so, Lyons said he’s found a new way to express his Jewish identity.

“I’ve always tried to be vanilla in the world of sales, but I’m proud to be Jewish, and it brings me even greater pride to volunteer for PJ Library or the Federation and deliver meals to Holocaust survivors,” Lyons said. “That was special. That was something I’ll never forget. The idea that there are Holocaust survivors still, and here’s me pulling up in my car and delivering a couple bags, it was a humbling experience.”

There’s the personal satisfaction and growth that he feels from volunteering and setting a strong example for his 15-year-old son, Brandon.

More than that, however, is the opportunity to show people that volunteering is easier and less time-consuming than they may think, and to encourage others to do the same.

“A lot of people may look at volunteering as a huge investment of time and logistics,” Lyons said. “I’m the vice president of a very successful company, and I have my own responsibilities. I find a way to fit it in, and when you really think about it, it’s only a couple hours here and there every so often. It’s a lot easier than people think to get a volunteering shift somewhere.”

So far, Lyons has completed his volunteer work with 39 of his goal of 52 organizations, leaving him well ahead of schedule for his planned finish date of Dec. 9.

But the completion of Mission: Possible won’t mark the end of Lyons’ newfound hobby of volunteering: Already, he’s brainstorming ideas for sequels in the years to come.

“I’ve made so many connections with places I haven’t even volunteered at yet,” Lyons said. “Some organizations don’t accept volunteers due to the pandemic.

“There’s no way I’m going to turn them away when things start to open up.”

David Statman is a freelance writer. 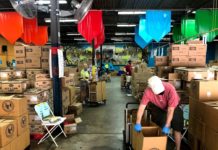 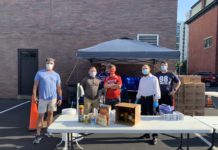 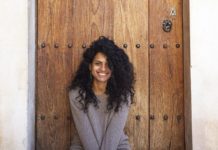 A Day in the Life: Volunteering with Bat-El Trabelsi