Buxco Teen Honored
CTeen, the Chabad Teen Network honored Bucks County teen Andrew Belder as one of its “8 Under 18” honorees for 2021.

Honorees are CTeen leaders “who have demonstrated remarkable dedication, engagement, and leadership in their own respective CTeen communities and throughout the INTL network,” according to the organization’s website.

Belder, who graduated from Council Rock High School South and will attend Temple University, organized interactions between teens and Holocaust survivors, led teens on volunteer efforts for the Jewish Relief Agency and ensured that CTeen programming continued through the pandemic.

He also is a swimmer and runner and raised money for the Travis Manion Foundation that supports veterans and their families.

Belder is a first-generation American whose parents emigrated from the former USSR, where his great-grandfather practiced his religion in secret and where his parents were raised knowing little about Judaism.

“To me, being able to practice my Judaism openly and proudly is especially meaningful,” he said.

The program will offers two tracks this summer for college counseling and SAT test prep guidance. Each program is tailored to meet students where they are in the college planning process and offers evening classes.

The College Prep track is aimed at rising seniors looking for guidance through the college application and financial aid processes. The program includes 10 hours of group SAT test prep, 14 hours of group workshops and unlimited individual college counseling sessions throughout senior year. An additional family Free Application for Federal Student Aid, or FAFSA, workshop is offered in the fall, as well.

Board of Rabbis Names Executive Board
The Board of Rabbis of Greater Philadelphia announced that its incoming executive committee co-presidents will be Rabbi Jon Cutler and Rabbi Greg Marx.

Cutler is rabbi at Beth Israel Congregation of Chester County in Eagle, and Marx is the rabbi at Congregation Beth Or in Maple Glen.

Its vice presidents will be Rabbi Beth Janus of Jewish Music for the Mind and Soul and Rabbi Adam Zeff of Germantown Jewish Centre in Philadelphia, while its treasurer will be Rabbi Beth Kalisch of Beth David Reform Congregation of Gladwyne.

Stern was a well-known trial attorney, particularly for his role in the Salvation Army building collapse litigation. He represented a woman trapped in the rubble after the collapse. Survivors and families of those killed received $227 million in a settlement, which was the largest in state history, The Philadelphia Inquirer reported. His client received $95.6 million.

Stern also was the lead lawyer for victims of the 2019 crash of Ethiopian Airlines Flight 302 and in 2000 won a $100 million medical malpractice case.

He worked for The Beasley Firm, then Kline & Specter. Earlier this year, he opened a firm called Stern & Crawford P.C. with Elizabeth Crawford. He was 60 and is survived by his wife and three children, Eric, 29; Jeff, 27; and Jen, 24, according to the Inquirer. l 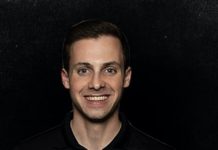 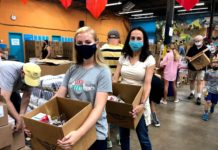