Civic Volunteer Joy C. Lindy Dies at 94
Joy C. Lindy, who helped secure Center City resident parking and also brought the Tall Ships to Penn’s Landing for the Bicentennial, died May 10, according to The Philadelphia Inquirer. She was 94.

Lindy was active in the Jewish community, including the American Jewish Committee, where she served as program chairperson and was a member of its urban affairs and communal activities committees, according to a 1972 Jewish Exponent article.

That article noted her appointment as administrative coordinator of the “Y” Arts Council at the YM-YMHA Branch of the Jewish Ys, and her role as program chair for the Sisterhood of Reform Congregation Keneseth Israel.

Other roles in the community at that time included serving as administrative assistant to Maurice Kaplow, maestro of the Pennsylvania Orchestra; vice president of administration of the Allen Lane Arts Center; seminar chair of the Fellowship Commission; chair of volunteers for Planned Parenthood Association; and chair of a reception to honor Broadway producer Harold Prince.

R&R, which was located in Philadelphia’s Overbrook Park neighborhood, was in business since 1982, offering kosher fish, produce and grocery items, along with catering services, according to its Facebook page.

The store’s Facebook page, which hasn’t been updated in a year, does include thank you messages from customers who heard about the closing.

Kaiserman JCC Adds Usage Availability
The Kaiserman JCC in Wynnewood announced that it is increasing usage in some parts of its mostly closed fitness center.

Starting June 7, reservations will no longer be required for lap swimming, although capacity limits will be maintained. When lap swim only is in effect, 12 swimmers in all may use the pool for 45 minutes — two in each lap lane.

Reservations will still be required for recreational swimming. Four families will be able to use the designated rec area for 45 minute per session. Locker room access will be available from the pool deck starting June 7. Masks must be worn at the pool area except when swimming.

In addition, basketball will be available in the facility’s gymnasium from 6:30-9:20 p.m., Monday through Thursday between June 21 and Sept. 6. Reservations are required for the 6:30-7:50 p.m. and 8-9:20 p.m. time slots. Members can pay $10 per night and an unlimited summer basketball membership for $100 will also be available. Proof of vaccination is required.

The JCC said its fitness center and studios will remain closed until the end of summer because space is needed for Camp Kef, which is at full capacity. Group fitness classes will still be available online and outside.

She replaced Sheryl Olitzky, who co-founded the nonprofit eight years ago.
Vikalo holds bachelor’s and master’s degrees from the University of Pennsylvania and has been the co-leader of the organization’s Philadelphia chapter for three years. She joined the organization’s board of trustees in 2020, becoming its president.

“I am honored and excited to start this new chapter in my life. It comes at a time when world and national events require both Muslims and Jews to stand up and be counted in their support of all marginalized people,” she said. 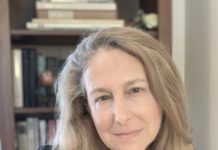 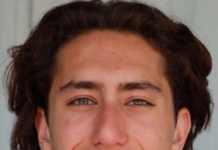