At what age do Levites begin serving in the tabernacle? The early chapters of the book of Bamidbar provide contradictory answers to this seemingly straightforward question. In Parshat Naso (4:3), Moses charges the Levites to serve from ages 30 to 50, yet in Parshat Beha’alotcha (8:24) he instructs them to begin at age 25.

Drawing on textual cues, as well as the Talmud and midrash, Rashi (to 8:24) answers that while the Levites only started working when they were 30, at age 25 they began to prepare for their service by studying the Temple laws.

Rashi’s solution is perplexing: Why were all Levites required to study the same content for five full years? After all, members of the tribe were assigned discrete tasks in the tabernacle: Some played instruments as the sacrifices were offered, another group stood guard at the front gates and yet others disassembled, carried and reassembled the building and each time the nation journeyed. If the majority of the “course content” was of no practical relevance to most Levites, why were they all required to dedicate five years to learning so much material?

We can better understand Rashi’s reasoning by examining an analogous text that appears in “Ethics of the Fathers.” The Mishnah (5:21) teaches that a child begins studying Bible at age 5, Mishnah at 10 and Talmud at 15. A similar question begs itself: Isn’t this overly rigid? Why such a standardized curriculum?

In his commentary to “Ethics of the Fathers,” Rabbi Judah Loew ben Bezalel, the famed Maharal of Prague (1525-1609), explains that the Mishnah is not merely recommending developmentally appropriate ages for the study of different sections of Torah, but that each course of study serves as a foundation for the next.

A student who does not know the Bible cannot properly comprehend the fundamentals of the oral law, and one who lacks a broad knowledge of the oral law cannot properly assess the reasoning and application of those laws to new scenarios, a central component of Talmud study, which is the most advanced of the three.

And it is not just a question of a student’s ability to master increasingly complex subjects. Broad curricular exposure is also essential to a student’s sense of personal identity. The Bible and oral law provide her with a historical and conceptual matrix in which she can locate herself. Only after being firmly anchored within these canonical texts can a student proceed to more specialized courses of study.

In requiring all qualified Levites to study the same subject matter for a full five years, Rashi suggests a similar principle. To serve as a Levite, it is not enough for one to acquire knowledge of one’s own tasks in the Temple. The Levite must first achieve a comprehensive understanding of the various roles that Levites played, how the Levites’ roles interacted with one another and with that of the priests, and how the Levites helped to ensure the overall impact of the Tabernacle on God, the Jewish people, and humanity.

Only from a position of deep immersion in the relevant traditions were the Levites prepared to accept the mantle of Temple service.

This model of learning exists more broadly in the Western tradition. Greece and Rome offered a parallel model of education, best known as the trivium and quadrivium. The former consisted of grammar, rhetoric, and logic, and the latter of arithmetic, astronomy, music, and geometry. The trivium provided a conceptual foundation for the quadrivium, and students were expected to complete all seven courses of study before specializing in a particular area, or moving on to study philosophy.

This was the basis for the liberal arts curriculum that was widespread in the medieval period, and that remains an important model for many curricula to this day.

These wide-ranging study programs recall the familiar maxim, “Hanokh la-na’ar al pi darko” (Proverbs 22:6). The common translation of this verse, “Educate a youngster according to his own path,” is a foundational principle of Jewish education today, and for good reason. Learning should be individualized, and must take place in a joyous environment suffused with warmth and individual attention.

But the Levites’ educational model urges us to go further. According to the overwhelming majority of classical commentators, the literal translation of the verse in Proverbs is not “according to his own path,” but “in the way that he should proceed.”

Proverbs, like Bamidbar, reminds us that individualized instruction is necessary but not sufficient. It must be rooted in an abiding belief in the capacity of each child, a firm set of deeply-seated values, and the conviction that a broad-based education provides not just the intellectual foundation, but also a firm anchor for personal identity that so many of our young people are seeking elsewhere.

By instructing each child in “the way that he should proceed,” we give our children the best opportunity to fulfill the conclusion of the verse in Proverbs: “Even in old age he will not swerve from it.” 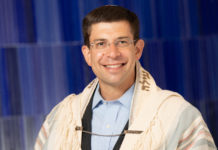 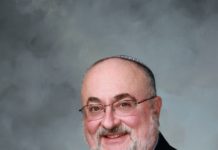 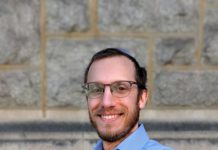