I was aghast to read a letter signed by close to 100 rabbinical students — future leaders of the Jewish community who will serve in pulpits, on college campuses and within Jewish organizations — which shamefully ignores Israel’s right, let alone duty, to defend her citizens.

As a rabbi who sat in those houses of study both in New York and in Jerusalem, it pains me greatly to see the lack of support and understanding of Israel from these students. I would like to address their points directly.

You claim that our tears must be directed to injustices. But where are your tears for the millions of Israeli civilians — Jews, Muslims and Christians — who have been huddled in bomb shelters because a terrorist group has rained nearly 3,000 rockets on them?

Where are your tears for the residents of Kibbutz Aza, Netivot and Sderot, who have been terrorized by those same rockets ever since Israel evacuated Gaza more than 15 years ago? Visit their communities where for years balloons have floated over the border for children to run after, soon to find out the string was attached to an explosive to inflict harm.

Instead, you seem embarrassed that Israel has been forced to have an army strong enough to defend its inhabitants. Here is the simple truth, quoting Rabbi David Wolpe, that you blatantly ignored: “If Hamas stopped raining rockets on Israel, it would be over. If Israel stopped defending and retaliating, it would be slaughter.”

You ask that when we teach, we should teach about the “human beings who didn’t ask for new neighbors.” For this I ask you to return to your classrooms and review the dates of 586 BCE and 70 CE, when the Jewish Temples of Jerusalem were destroyed. Rather than being a “new neighbor,” the Jewish presence in Israel is ancient. Please also review your modern Israeli history, with momentous dates of 1929, 1948, 1967, 1973, 1982, 2007, 2009, 2014 and 2021, when our presence as an ancient neighbor was not just a nuisance but a necessary evil to uproot.

And please review the multiple offers of peace which were not only rejected without counteroffers, but were met with more death and destruction, bus bombings, stabbings and other violence against the Jewish people.

You ask that when we vote, not to vote for leaders who fund violence. Please review once again that it was the bi-partisanship from both sides of the aisle that funded the modern military miracle of the Iron Dome, which has saved thousands of lives.

You ask how we as Jews who were involved with racial reckoning in our communities this past year are not using our voices now to implicate Israel with racist violence. Racist? From the one country in the Middle East that has embraced more than 100 different nationalities and where Muslims have the most amount of freedom, rights and educational opportunities in the region? Where Israeli Arabs sit on the Supreme Court and in the government and run hospitals?

Before you jump to the “racist” slur, talk to the Black pastor of Faithful Central Bible Church in Inglewood, California, a leader in the black community, who was aghast at the thousands of bombs raining on Israeli civilians and who wrote this to me: “I am shocked and saddened. My community prays with you.”

We at Sinai Temple stood with his community last June during the racial protests, and he is with us now. He has spoken from our pulpit on MLK Shabbat year after year, and he has spoken about the importance of defending Israel, in my synagogue and in his church. I urge you to speak to pastors and other faith leaders outside of your community who understand the dangers facing Israel. Learn from their support of Israel, a support that is hardly “blind.”

Finally, you conclude: “We need to look at the realities we have been denying, allow ourselves to feel the hurt, and build from there.”

I completely agree — let us begin together with the reality that the state of Israel has not just the right, but the responsibility to defend its citizens. Let us also not deny the reality that the biggest enemies of the Palestinian people have been their corrupt, Jew-hating leaders, who use Israel as a scapegoat for their failures, endanger the lives of their own people and, in Gaza, build rockets and tunnels rather than schools.

My aunt and uncle made aliyah in 1967. They were studying abroad in Jerusalem when the Six-Day War broke out. They witnessed the Torah scrolls reaching the Kotel for the first time in 2000 years and decided they would never leave.

And today, on that Shavuot anniversary, we read of rabbinical students not willing to make that same commitment to the miraculous Jewish state. We live in the United States of America, a free country with a wide marketplace of ideas. When I returned from a recent trip to Israel where we met Israelis and Palestinians, I penned a column entitled, “It’s Complicated.” I came back with more questions than answers. I have never pretended that Israel is a perfect country. Just like the United States, it has plenty of flaws and serious and complicated problems and challenges.

But “complicated” does not mean we cannot support Israel and her right to defend itself. If anything, it means we must support that very basic human right.

Shivim panim latorah — there are 70 faces and different interpretations of the Torah. But there is only one Israel. Especially while its people are huddling in bomb shelters, we ought not abandon her.

Rabbi Erez Sherman is a rabbi at Sinai Temple in Los Angeles and was ordained from the Jewish Theological Seminary of America in 2009. His father, Rabbi Charles Sherman, is the senior rabbi at Melrose B’nai Israel Emanu-E in Elkins Park. This article was originally printed in the Jewish Journal. 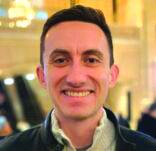 The Holocaust is Exaggerated in Pop Culture. That Makes it Hard for Educators Like Me to Teach the Truth 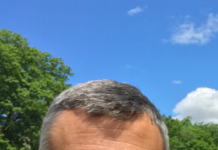