Both Isaac Herzog and Michael Balaban have busy to-do lists that feature the importance of building community in the year ahead.

Balaban, the incoming CEO of Jewish Federation of Greater Philadelphia, and Herzog, the chairman of the executive for the Jewish Agency for Israel, were featured during Jewish Federation’s community leadership call on May 7.

Balaban, who is the president and CEO of the Jewish Federation of Broward County, Florida, and begins locally on June 1, said that building connections and community would be the key to increased funding of the local Jewish Federation. One of his goals is to ensure that Judaism is accessible to more Jews in Philadelphia and that the Jewish Federation is prepared to meet the diverse needs of Jews.

“We must come to understand that Jews and Judaism are not a monolith, that one size simply doesn’t fit all,” he said. “My vision is to create a Jewish community that connects people, ensures a Jewish future, and cares for people here at home, in Israel and around the world.”

Balaban created a list of “musts” for the Federation for it to achieve his aim of community building: instilling a sense of pride in the Philadelphia Jewish community and working toward common goals, creating connection points and accessible ways for community members to begin participating in Jewish programming and building synergy between the different Jewish organizations in the area.

Above all, Balaban said, Jewish experiences needs to be vibrant and affordable.

In addition, Balaban hopes to engage with more LGBTQ Jews and Jews of color, believing that the Jewish Federation should be proactive in reaching out and hosting events.
“Our job … is to guarantee that when a person wishes to access the richness and diversity of the Jewish experience, the mechanisms and responses are in place to both enchant and to captivate,” he said.

Herzog, who has served as chairman of JAFI — the world’s largest Jewish nonprofit — since June 2018, listed JAFI’s priorities in the coming year: increasing the numbers of Jews making aliyah and continuing to connect young Jewish people to Israel through programs such as Birthright, Masa and Onward Israel.

Though the pandemic stifled travel globally, aliyot have not ceased entirely: Since March 2020, 22,000 people moved to Israel from 45 different countries, Herzog said.

And JAFI recently saw triple the number of files open to those looking to make aliyah.
Israel has become the first nation in the world to approach herd immunity, Herzog said, and as it begin to ease restrictions, travel to Israel will be able to increase. For now, first-degree family members of those living in Israel may visit if vaccinated and tested before and after arriving to Israel. Through Birthright, those fully vaccinated may travel to Israel this summer, and Masa is now allowing travel by having olim quarantine upon arrival.

JAFI is also preparing 1,400 Israeli emissaries to work at Jewish summer camps in the United States this year, including summer camps funded by Jewish Federation.

If the measures put in place to increase travel to Israel prove successful, JAFI expects about 250,000 olim over the next three to five years.

Aside from growing connections between North American and Israeli Jewry, JAFI has sought to increase Jewish solidarity internationally by providing monetary aid to more than 75 Jewish communities around the world, including COVID-related aid to the Roman Jewish community.

JAFI wants to continue to influence Israeli society through the support of social projects, such as JAFI’s creation of a fund to assist struggling Israeli non-governmental organizations, Herzog said.

Herzog touted JAFI’s commitment to prioritizing pluralism in Israel — reaching out to charedi communities, as well as supporting the small, but growing, Conservative and Reform Jewish communities.

Both Balaban and Herzog identified growing antisemitism and the distancing of Israel from American Jewry as challenges their respective organizations need to overcome.

Sasha Rogelberg is a freelance writer. 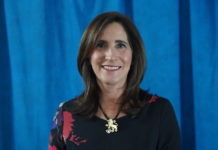 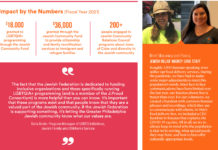 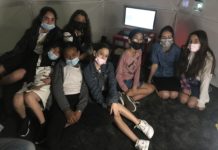 StudioLabs: How Israeli Teens are Shaping Their World Through Technology