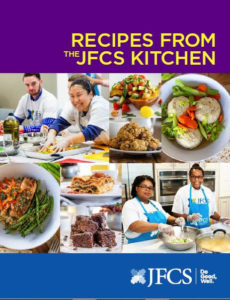 JFCS Compiles Cookbook
Jewish Family and Children’s Service announced that it has compiled “Recipes from the JFCS Kitchen” to highlight its pandemic work in a retrospective story and cookbook.

During the pandemic, JFCS worked to ensure the community connections were not lost. Instead of in-person cooking programs, the organization transitioned classes and programs to a Zoom format, posted cooking videos on social media and making access free to more of its programs.

JFCS held a virtual cooking series entitled “Nourishing Community,” that included guest appearances by notable chefs such as Frankie Olivieri of Pat’s King of Steaks and Michael Solomonov of CooknSolo Restaurants. Their recipes are included in the cookbook.

“Recipes from the JFCS Kitchen” is $36, with all proceeds benefiting JFCS’ food insecurity and kitchen programs. It is available at bit.ly/2QFGmO3.

The conference will feature livestream presentations and more than 100 prerecorded, on-demand video presentations to cover virtually every aspect of Jewish genealogy.

The keynote speaker will be Michael Hoberman, professor of American literature at Fitchburg State University.

Registration and conference program details are posted on the conference website at iajgs2021.org.

The renamed organization will strive to connect the United States and Israel through creative and collaborative programming and focus on young leadership development. It will raise support for Israeli medical innovation programs and young leadership projects.

Disputed Rabbi in Jerusalem Has Connection with Orthodox Beit Din of Philadelphia
Ultra-Orthodox Rabbi Michael Elkohen of Jerusalem, who anti-missionary groups contend is actually a Christian missionary sent to Israel to convert Jews, has a Philadelphia connection, The Jerusalem Post reported.

Elkohen, 42, who was born Michael Elk in Salem County, New Jersey, has denied the claims. He said he was born Jewish and had been a Christian missionary, but abandoned the religion in 2014. He referred questions about his Jewishness to the yeshiva dean. In turn, Rabbi Gideon Holland referenced a bill of divorce for Elkohen and his first wife from the Orthodox Beit Din of Philadelphia.

That Jewish court of law has since weighed in.

“It is impossible to rely on the Jewishness of the givers and receivers of bills of divorce that they are Jews for all purposes and that there is no doubt about them at all,” wrote Rabbi Yitzchok Meyer Leizerowski, one of the court’s rabbinical judges. “Matters are clarified as much as possible, a bill of divorce is written and given, however it is already impossible to clarify their past in a thorough document.”

“We are announcing publicly that it is impossible to rely just on a bill of divorce document given by a rabbinical court in order to determine Jewish status.”

Leizerowski told the Post that the court didn’t look into Elkohen’s Jewish status when it was approached about the divorce.

Rutgers Honors Students for Excellence in Jewish Studies
Rutgers, The State University of New Jersey honored several students virtually on May 4 for their academic achievements in Jewish studies.

The ceremony, which was sponsored by the Department of Jewish Studies and the Allen and Joan Bildner Center for the Study of Jewish Life at Rutgers, featured student presentations about their work and experiences in Jewish studies. 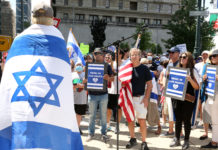 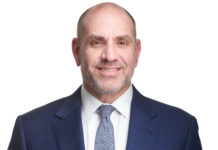 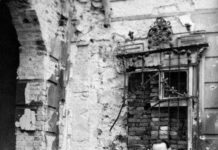