By Shira Goodman and Jeremy Bannett

We have always known that antisemitism is a social virus that has mutated with deadly efficiency throughout human history. In 2020, Jews actually watched in real time as the “world’s oldest hatred” updated itself for a new era.

For the last 40 years, the ADL has released its annual Audit of Antisemitic Incidents, which tracks incidents of vandalism, harassment and assault against Jews across the nation. Our latest report reflects some disturbing developments in 2020: During a year we spent mostly at home and reliant on technology for school, work, religious gatherings and our social lives, antisemitism did not abate.

How can we explain extraordinarily high numbers of antisemitism across the nation and around the region in a year when most people were largely kept apart by social distancing and pandemic-related restrictions? The audit reveals that antisemitism morphed in 2020 to thrive in these new conditions.

Because large swaths of society and the economy were shut down, we saw significant declines in vandalism, assault and other incidents at in-person locations. Yet much of those declines were offset by spikes in harassment and threats online and at Jewish institutions, where bigots actively sought out Jews to target.

Antisemitism in 2020 experienced two major “innovations” — the adaptation of classic antisemitic tropes to the current moment and the manipulation of new technology as a means to spread hate.

Familiar symbols of hate were used in antisemitic incidents online and offline. Synagogues were vandalized with swastikas, old slurs were hurled and tired memes like the Happy Merchant and the Diseased Jew were recycled to accompany accusations that Jews are greedy, somehow responsible for the spread of the virus and profiting from vaccines.

These age-old manifestations of hate exploded online in 2020 — incidents more than doubled in every state in the region and across the nation. Last year, 36% of Jews reported that they personally experienced antisemitic harassment online, with 22% experiencing severe harassment. This does not include the millions of antisemitic posts and images circulating online without a specific victim, which infected our digital ecosystem with anti-Jewish hate.

Bigots also innovated in 2020, repurposing new technology to target Jews. “Zoombombing” is a perfect example of this increasingly malicious version of online antisemitism. Synagogues, Jewish schools and secular venues saw hundreds of virtual gatherings hijacked by people spewing vile anti-Jewish hate. This development is notable because, for the first time, haters could infiltrate Jewish spaces almost at will. No gathering was spared, no matter how sacred — High Holiday services, weddings and even shivas all suffered traumatic Zoombombing attacks last year.

We must look behind the numbers to the incidents themselves, each of which represents an individual and a wider community targeted or terrorized. Our friends and neighbors, many right here in the region, have been targeted with antisemitic threats online, taunts of “dirty Jew” during sporting events and harassing telephone calls. It is our synagogues and community centers that have been vandalized with swastikas, terrorized with bomb threats and disrupted by “Zoombombers.”

Antisemitism is happening right here, right now. The need to solve this problem should unite Jews in solidarity. Antisemites, whether online or offline, do not discriminate when picking particular targets — Jews of all denominations, political affiliations and economic status are fair game. Accordingly, we must continue to fight this battle together.

But we can’t fight it alone, nor can it be about antisemitism alone. All forms of hate are closely tied together, so anyone who cares about stopping anti-Jewish hate must also work to fight all forms of bigotry. Fighting back against antisemitism and all forms of hate will require a whole-of-society approach at the levels of government, law enforcement, business, technology, civil society and community. It demands creative thinking, coalition-building and courage.

Antisemitism is changing before our very eyes, and now is the time to stop it before it has a chance to mutate into an even more virulent and dangerous form. l 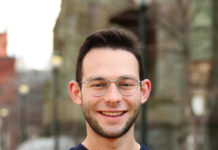 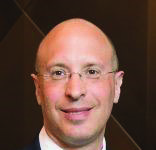