Elijah Tomaszewski, 29, began his Tribe 12 fellowship in January. Tomaszewski’s project is a little different than that of the typical Tribe 12 fellow; it doesn’t revolve around mentorship for his new business or nonprofit.

Instead, Tomaszewski is being mentored through the process of writing a series of novels.

Tomaszewski, who is trans, lives in West Philadelphia. He studied creative writing at Susquehanna University and Rosemont College, and contributes to several local literary magazines while he works his day job. In between, Tomaszewski, who also writes poetry and essays, is trying to craft stories about trans characters, people with “the sort of lives that I really didn’t see in regular, contemporary fiction,” he said.

“I went through several years of not really wanting to talk about it, or feeling like it was too difficult to talk about,” Tomaszewski said of his own identity as a trans man. “But as I’m opening up more and more, I’m realizing that this is what I want to contribute to the literary world.”

What do you write about? What are you interested in?

Right now I’m finishing up a novel about a trans Jewish father who returns to his southern hometown after a decade-long absence, but overall, my intent is to write characters who are trans, Jewish, or both. My understanding is that outside of YA (young adult) fiction, there aren’t a lot of trans characters outside of the standard nonfiction transition narrative, and not many of them are Jewish as well. I’m writing characters who have that whole life experience — being trans is a big, intersecting part of these characters’ lives, but it’s only a portion of what makes them who they are. After I graduated with my MFA and began seriously writing fiction, including my novel-in-progress, I realized that I was writing the sort of characters and narratives that I didn’t often see while navigating the literary world, and I found fiction to be a slightly better outlet for writing parts of my own trans and/or Jewish experience. That representation could be what it takes for someone to feel a little less alone.

Those two identities — existing as a trans person and as a Jewish person — how do they affect or reflect one another? Does one complicate your expression of the other?

They do occasionally complicate each other, especially in gendered environments where I can’t rely on the social reflexes of my upbringing, and the fact that I didn’t have a Jewish identity when I was young. Both are parts of my lifelong journey, which can sometimes mean awkwardness and uncertainty, but no human experience is exempt from these feelings, and I’m lucky to have supportive friends and family who both comfort me and share in my joy. And in a way, my transition gave me a different perspective on being Jewish. I view my transition as an act of creation — similar to how we make bread from wheat, I used what I was given to change my life for the better. Initially I saw little overlap in those parts of my identity and kept my transition to myself, but nowadays I enjoy connecting with other
trans Jews.

What are you reading these days?

As a recommendation from my mentor from the Tribe 12 fellowship, I just finished reading a novel by Dov Zeller, “The Right Thing To Do At The Time,” which is described as, “If Jane Austen and Sholem Aleichem schemed in an elevator, this might just be their pitch.” The protagonist, Ari Wexler, is trans and Jewish, and has to choose between being comfortable and taking a leap of faith — something I feel we can all identify with at some point in our lives. When I first was starting the fellowship back in January, I was unsure if my work would be a little too niche for the literary market, but this “Pride and Prejudice” retelling made me confident that audiences for my work are definitely out there. 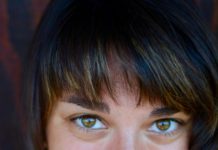 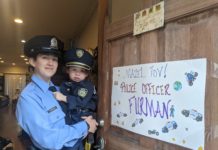 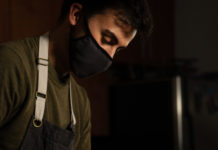