Bud Newman is widely known as a pillar in the Jewish community. A member of the Jewish Federation of Greater Philadelphia’s board of directors and board of trustees, Newman has previously served as the board chair and held a number of positions on other committees.

But outside his leadership and philanthropic works, members of the community may not know that Newman holds one of the country’s largest private collections of games.

After spending the last 45 years traveling throughout the United States collecting antique games from the late 19th and early 20th centuries, Newman is ready to say goodbye to the massive collection. He and his wife, Judy, will auction off more than 1,000 vintage American board games and jigsaw puzzles, as well as antiques and folk art, later this month.

Recognizing it is time to fold on his collection, Newman is excited that other historical game buffs will be able to learn from games that reflect the period of time in which they were made and sold.

“I consider myself lucky to offer the collection to others who have the same passion for the history of games and understand their importance in the political and historical landscape of our culture,” Newman said.

For example, the game “Billy Possum,” which is included in the collection, was used to advance President Howard Taft’s popularity, similar to how the “Teddy Bear” was used to promote President Theodore Roosevelt.

“Others will now have the opportunity to purchase, display and learn from these games while sharing them,” Newman said.

Having grown up in the paper industry, Newman has maintained a lifelong appreciation for how games are designed and constructed.

“What drew me in part to start collecting board games and puzzles was the way they exemplified the unique printing methods of the times,” said Newman, president of Newman and Co. “The quality of work, the colors used and their ability to survive through the decades is outstanding.”

A family business, Newman and Co. has manufactured paperboard for more than 100 years. Used for the production of notebooks, cosmetics packaging and countless other everyday items, the 100% recycled material is also the main ingredient for the manufacturing of board games and jigsaw puzzles.

Over the past year, as families purchased many more games and jigsaw puzzles to entertain themselves during the COVID-19 pandemic, Newman has seen a significant increase in demand for the paperboard his business produces.

“The fact our business is doing so well right now, partly because board games and jigsaw puzzles are gaining popularity once again, shows the ability for these forms of entertainment to survive across generations,” he said.

Newman’s collection has something for everyone in the family and for all interest types. The collection spans games of many topical areas, including sports, geography, morality, finance, military and more. There are also kid-friendly games that aim to teach children good behavior, dexterity and how to recognize shapes, colors and patterns.

Thanks to the care the Newmans provided over the years, the collection is in pristine condition. Taking pride in their finds, the Newmans have framed and displayed a number of games in their home, preserving their integrity and showing off the box covers, which are works of art in themselves.

A few years ago, the Mercer Museum in Doylestown even included pieces from the Newman collection in its ToyTime exhibition, which showcased some of the most popular action folk toys and games from around the world.

“It’ll be interesting to see how the market responds to this enormous and amazing collection,” said Noel Barrett, game and toy expert at the Pook & Pook auction house and past appraiser on hit television show “Antiques Roadshow.” “It could create a renaissance in game collecting.”

Newman’s collection goes up for auction on April 23 with items available online. Visit jewishphilly.org/antiques or Bidsquare.com to learn more about his collection. 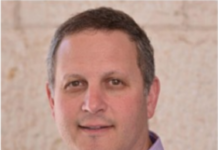 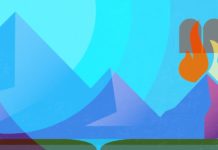 Celebrate Shavuot with Your Neighborhood Kehillot 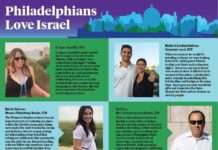