Nearly 1,600 people signed a petition urging the University of Pennsylvania to change the date of commencement for the class of 2021.

Set for May 17, the ceremony falls in the middle of Shavuot. Observant Jewish students would have to forgo the in-person commencement ceremony — the only in-person commencement event for the class of 2021 — and are similarly precluded from watching the livestream, as observance of the holiday requires one to refrain from the use of technology.

Should Penn refuse to change the date, according to the March 24 petition, it “will force graduating students who practice Orthodox Judaism to choose between attending sacred religious festivities and attending their once-in-a-lifetime college commencement ceremony.”

About 17% of undergraduates at Penn are Jewish, according to Hillel International estimates.

University spokesperson Stephen MacCarthy responded to a request for comment by forwarding an email sent by the Office of the Chaplain to around 40 students. Those students were identified by Yoni Gutenmacher, a senior from Queens, New York, and a leader in the campus’ Orthodox community; the office asked him to identify students who would be likely to find commencement in conflict with Shavuot. The letter to those students noted that “we consulted extensively with our colleagues in Penn Hillel as well as student leaders beginning in 2018 when we identified this conflict.”

“We want to emphasize that we are committed now, as we were then, to making sure any eligible observant senior can take part in the in-person ceremony if they choose to attend,” the letter reads. It goes on to detail the accommodations that will be made for students who plan to attend the in-person ceremony, and explain options for those who will not be able to attend or view the livestream.

Gutenmacher wrote an op-ed for The Daily Pennsylvanian on the subject and crafted the petition with another Penn undergraduate, his friend Simcha Stadlan. Though they were aware of the potential for conflict when the academic calendar for 2020-2021 was set in 2018, the fluid nature of university scheduling during the pandemic led Gutenmacher to believe that there could be some flexibility when it came to commencement.

When Penn announced on March 9 that it intended to hold the commencement ceremony in person 10 weeks later, Gutenmacher was surprised.

“If they’re only doing one in-person event, why does it have to be that day, specifically?,” Gutenmacher said. “And if they’re planning it so last-minute, why did they choose that date, when they should know about the needs of students?”

Stadlan, who graduated in December 2020, was looking forward to taking part in commencement. He was a part of the original conversations about that conflict in 2018, which ended abruptly with the onset of the pandemic. It was the March 9 announcement, he said, that “sparked the revived disappointment” now being expressed.

According to The Daily Pennsylvanian, “student leaders in the Jewish community, including Gutenmacher … Stadlan, and 2021 Class Board President Lizzie Youshaei, also sent an email on March 18 asking Penn administrators to reconsider.” The newspaper wrote that the students have not received a response.

Both Gutenmacher and Stadlan said that they’d received heartening support from non-Jewish students at Penn, as well as from alumni, some administrators in the Office of the Chaplain and Jewish students unaffected by the holiday.

Youshaei, a senior from Chicago, supported the efforts of Gutenmacher and Stadlan, her friends since they all shared a freshman dorm, and she’s had success in the past when special events coincided with religious holidays: She helped arrange for meal service when university programming conflicted with Ramadan. But there was no such luck here.

“It came down to Penn not delivering on its promise of making Penn a safe and inclusive place for all that celebrates diversity in a way that goes beyond performative actions,” Youshaei said.

Much of the alumni response and support, Gutenmacher said, focused on that aspect of the decision, casting the lack of accommodation as hypocritical.

“For them, it fit into the narrative of secular universities being anti-Semitic, or creating an environment where tolerance of other groups is prioritized over tolerance of Jews,” Gutenmacher said.

He disagrees with that characterization, but understands why the idea finds purchase. In 1975, Penn moved its commencement ceremony when there was a conflict with Shavuot, according to The Daily Pennsylvanian.

“The university has, only since then, become, much more progressive and inclusive of all students,” Gutenmacher said. “So it’s kind of just bizarre that they can’t do it now.” 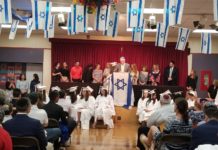 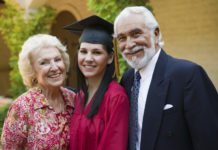 How to Help New Graduates Tackle the Challenges of Commencement