Dr. Rachel Levine made history on March 24 when she became the first openly transgender federal official to be confirmed by the Senate.

After a 52-48 vote, the former Pennsylvania health secretary will serve as assistant secretary for health in the Department of Health and Human Services.

“When I assume this position, I will stand on the shoulders of those who came before — people we know throughout history and those whose names we will never know because they were forced to live and work in the shadows,” Levine, 63, told The New York Times.

Levine gained public attention as the leader of Pennsylvania’s COVID-19 response and became the face of the health campaign by regularly holding press briefings. As assistant secretary for health, she will help lead the federal response to the crisis.

When the Harvard College and Tulane University School of Medicine graduate became Pennsylvania’s physician general in 2015, she spoke to the Pittsburgh Jewish Chronicle about her Jewish identity. She grew up in Massachusetts, where she attended a Conservative shul and had a bar mitzvah, and said she has seen acceptance of LGBTQ individuals improve in the Jewish community since she was young.

Levine’s confirmation represents a significant milestone for trans representation in government and medicine, particularly for the trans Jewish community.

Hannah Simpson, a trans Jewish activist based in New York, said seeing Levine take on the role was meaningful after her own experiences leaving medical school due to discrimination from administrators.

In an email, Simpson wrote that in addition to Levine being qualified for the role, she benefits “from the lived experience of facing the very barriers she aims to break down through improving legislation, training and aggressively combating misinformation.”

Jess Harper Meyers, director of candidate relations for We Can Run, was impressed with Levine’s handling of the pandemic and is happy she will have such a prominent position, but also feels sad she will no longer work for the commonwealth.

“I hadn’t followed her career much before the coronavirus, but I was very impressed with how she was handling everything, and then I found out that she was … one of the highest level openly transgender people in the country, even before she was appointed,” said Meyers, who lives on the Main Line.

Meyers also referenced Tyra Hunter, a Black trans woman who died 20 years ago after she was in a car crash and denied care by first responders who cut off her pants, as an example of the dangers trans people face when they need access to health care.

Dr. Aimee Ando, a Jewish family medicine physician and director of diversity, equity and inclusion at Penn Medicine, treats trans patients and sees Levine’s appointment as cause for celebration.

“She really was such an amazing guide, particularly during the COVID pandemic and then a lot of her important work around the opioid crisis that we’re facing here in the state,” Ando said. “I’m just really thrilled that a highly skilled, led-by-the-science clinician that I trust deeply as a colleague and as a leader is now in the position for assistant secretary of health for the U.S.”

Ando and Meyers said Levine’s leadership is especially important in the face of the recent spate of anti-trans legislation, several of which target trans people’s access to health care. In Arkansas, the state Senate passed a bill that would prohibit doctors from providing trans youth under 18 with hormone blockers.

“I just have such concern and empathy for the trans youth, particularly in the Midwest or the South who feel, as we all do as teenagers, like it’s really hard to see beyond the teenage years. It’s really, really tough,” Ando said.

Other states, including Alabama and Florida, are introducing bills that would prohibit trans youth from competing on sports teams that do not match the gender they were assigned at birth.

“There’s no federal protection for people in states like Arkansas, in states like Alabama, and states like Idaho, where the legislators have been trying to legislate trans people out of existence for a long time,” Meyers said.

Ando hopes Levine will use her new position to advocate for health equity, and has no doubt that she will “continue to chip away at health care disparities, whether or not they exist on the axis of race, ethnicity, sex, sexual orientation, gender identity or disability.” 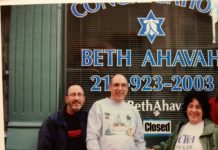 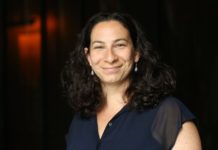 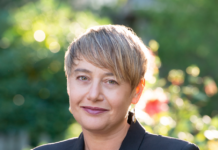 Bills Attacking LGBTQ Rights Are an Assault on Jewish Values