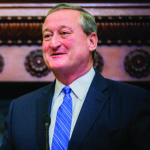 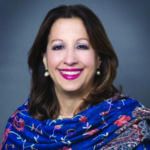 By Jim Kenney and Marcia Bronstein

So, when the U.S. Conference of Mayors and American Jewish Committee recently called on municipal leaders across the country to condemn anti-Semitism, Philadelphia was one of the first to join the Mayors United Against Anti-Semitism movement. Since then, more than 525 mayors from 43 states and the District of Columbia have joined. As Republicans, Democrats and Independents, these mayors stand united against hate targeting Jews in all its forms and declare unequivocally that anti-Semitism is incompatible with American values.

AJC’s 2020 State of Antisemitism in America survey found that while 88 percent of American Jews believe anti-Semitism is a growing problem, nearly half of U.S. adults do not even know what the term means. That is why social studies and history teachers in Philadelphia’s public schools have been working closely with the Philadelphia Holocaust Remembrance Foundation to draw a connection between the sins of Nazi Germany and the prejudice that faces all minority groups. Lesson plans include the remarkable story of the late Benjamin Franklin High School principal Leon Bass, whose service in an all-Black unit of the Army and role in liberating the Buchenwald concentration camp taught him that hate comes in many forms.

The present danger to Jews on American soil was clear in 2017 when white supremacists in Charlottesville chanted, “Jews will not replace us.” A year later, 11 worshipers inside Pittsburgh’s Tree of Life Synagogue were tragically killed in the deadliest anti-Semitic attack in U.S. history. Since then, Jews have been murdered in Poway, California; Jersey City, New Jersey; and Monsey, New York simply for being Jews. The perpetrators of these violent attacks, as well as other incidents of anti-Semitic threats and assaults, have a range of political affiliations, bound by a shared hatred of Jews.

Moreover, the internet and social media are often exploited to promote anti-Semitism and other hatreds by spreading malicious memes and disinformation. Calling out and correcting bigotry online and offline when we see it is imperative.

As our country continues to grapple with racial justice, a global pandemic and reconciliation after a divisive election, we need antidotes that provide healing and unity. Philadelphia took an important step in signing on to the national mayors’ statement, which condemns all forms of anti-Semitism, including prejudice, stereotypes, conspiracy theories about Jews, Holocaust denial or distortion, and denying the Jewish state’s right to exist.

But in addition to proclamations, municipal leaders must have the tools and resources to protect all residents from acts of hate and bigotry. Passage of the National Opposition to Hate, Assaults, and Threats to Equality (NO HATE) Act must be a priority for Congress and the Biden administration.

The bipartisan bill would improve hate crime reporting with grants to empower state and local governments to train law enforcement, create reporting hotlines, direct resources to minority communities and conduct public educational forums. In exchange for federal funds, agencies would be required to submit hate crimes data to the FBI.

Those who target Jews never stop with Jews. When we protect one of us, then we have protected us all. Understanding and embracing this truth is part of the cure for America’s ills.

Jim Kenney is the mayor of Philadelphia and Marcia Bronstein is the regional director of American Jewish Committee Philadelphia.