The man who has been known as the last Jew in Afghanistan for well over a decade is leaving for Israel, fearing that the U.S. military’s promise to leave the country will leave a vacuum to be filled with radical groups such as the Taliban.

“I will watch on TV in Israel to find out what will happen in Afghanistan,” Zabulon Simantov told Arab News on Sunday.

Simantov, 61, said he will leave after this year’s High Holidays season in the fall.

His wife, a Jew from Tajikistan, and their two daughters have lived in Israel since 1998. But Simantov has stayed in his native Afghanistan to tend to its lone synagogue, located in the capital Kabul, through decades of violence and political turmoil, including a period of Taliban rule and the country’s war with the U.S.

“I managed to protect the synagogue of Kabul like a lion of Jews here,” he said to Arab News.

Simantov, a carpet and jewelry seller, was born in the Afghan city of Herat, which decades ago was home to hundreds of Jews. He eventually moved to Kabul but fled to Tajikistan in 1992 before returning to the capital city.

Without him around, the synagogue will close, ending an era of Jewish life in the country that scholars believe began at least 2,000 years ago.

“If the Taliban return, they are going to push us out with a slap in the face,” Simantov told Radio Free Europe last week for an article on the exodus of many of the country’s minority populations. 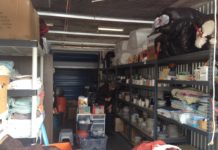 Taliban: We Want Ties with US and Rest of the World — But Not Israel 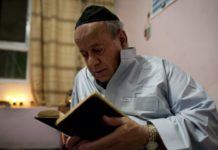