Michal Furman, 26, is fairly certain that she is the first Israeli-American officer in Philadelphia Police Department history. It’s a position that she takes quite seriously.

“I love Philadelphia,” said Furman, the daughter of prominent refuseniks Marina and Lev Furman. “It’s such a great city. No better way to love a city than to serve and protect its people.”

Furman, a Ra’anana-born graduate of Temple University, intended to enter the music business, going so far as to take classes at the online extension school of the Berklee College of Music.

“But in the back of my mind,” she said, “I always kind of knew that I wanted a job that was physical and ever-changing.”

That’s how one might end up, say, on a bicycle patrol in Kensington, as Furman is now.
Furman spoke about becoming a police officer during the pandemic, anti-Semitism and Kensington.

What was the single most decisive factor in your becoming a police officer?
Well, when I studied music business, there was just something that wasn’t fulfilling about it to me. If I feel like I’m not doing something that’s helping someone, it kind of feels like, ‘What’s the point?’ So I wanted to do something where I knew I’m going out there, and every day, I’m going to be helping people. And that’s when I decided that being a police officer was the right thing for me.

What’s been the most surprising thing since you joined the force?
I’m going to be honest: I joined the academy in May, when all the protests and everything was going on. And sometimes it kind of feels like people don’t have your back. But going to Kensington and talking with the members of the community, they really do feel grateful to have you there. And they’re just thankful that you’re there and helping them.

What was it like to train to become a police officer during the pandemic?
It’s funny, because throughout the whole academy, they kept telling us, ‘This is new for us, and we’re trying to figure out as it goes.’ And it’s tricky because a lot of the training — for example, defensive tactics — you have no choice but to be close to your partner. And there’s only so much social distancing that you could do, but it’s training that we need to have to be able to graduate. So the academy was extremely careful. Instead of being in regular classrooms, they put us downstairs in the gym and in the auditorium, and they had our chairs six feet apart. We wore masks at all times, unless we were running or had PT.

In the couple months now that you’ve been an active-duty police officer, is there anything you’ve encountered that you don’t think you would have ever come across, if not have for having become a police officer?
There’s definitely a lot that I’ve encountered that I don’t think I would have seen. Just constantly, day-to-day, you’re with people who are just struggling, they’re out on the streets. They don’t always have anywhere to go. And I’m going to be honest, it’s pretty sad, but you do what you can to help them and you just try to be there for them. You have the opioid epidemic in Kensington, but at its root, Kensington is still a community; there’s still families that live there. There’s still kids that live there. And they have to see that every day as well. And that definitely breaks my heart a little bit.

How do you think about your relationship to the police force as an Israeli-American?
It’s important as an Israeli-American, and a Jew as well, because when you see the people who are there, serving and protecting you, you want to see yourself in them. For the Jewish community in Philadelphia, it’s important for them to see that there’s someone that they can relate to, and that they feel, ‘Oh, they understand how we feel.’ Especially with the rise of anti-Semitism that’s currently going on, it’s extremely important for there to be more Jewish police officers. And so much of the Jewish values that I’ve grown up with are things that I instill in my everyday life and in work, like tikkun olam. 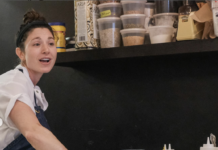 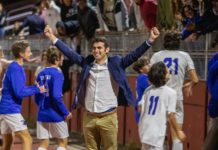 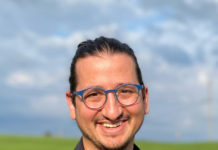