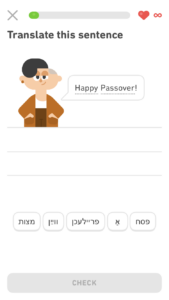 Colorful Yiddish words and phrases have been in America’s collective cultural bloodstream throughout generations — and many more might soon follow. Duolingo, the Pittsburgh-based technology company that bills itself as “the most popular way to learn languages online,” will release its long anticipated Yiddish course on April 6.

The course, which has been under development at Duolingo for the better part of five years, is ideal for those just learning about the language, Jews fluent in Yiddish who want to brush up on grammar and spelling, as well as people whose ancestors spoke Yiddish and who want to explore a family tradition, said Myra Awodey, a native Pittsburgher working as a senior community manager at Duolingo.

“We, of course, started with the largest languages — English to Spanish, Spanish to English — for the first couple of years,” Awodey said. “Over time, we realized not only were people asking about other languages, there were other people reaching out, saying, ‘I’m an expert and I want to help.’”

Awodey stressed, though, that the Yiddish course Duolingo is releasing is merely a beta version; the company constantly invites participants to report errors and provide it with feedback.

The Yiddish course was created by contributors representing the three major Yiddish dialects and from a variety of backgrounds — from a civil engineer who grew up speaking Yiddish at home to three Gen Z’ers (those born after 1997) inspired by their heritage to carry on the tradition, according to a Duolingo spokesperson.

Meena Viswanath, the aforementioned civil engineer, grew up in New Jersey in a modern Orthodox family and today lives in Maryland. Her family includes experts versed in various aspects of Yiddish. Her grandfather teaches the subject at Columbia University, her aunt is an editor at the Yiddish version of The Forward, and her mother published a Yiddish-to-English dictionary. Viswanath’s brother even translated some of the “Harry Potter” series into the language, she said.

“We come from the secular, from the academic world,” Viswanath said. “We don’t live in communities where Yiddish is the vernacular. It’s a conscious decision we make.”

There are three main dialects of Yiddish, according to Viswanath: Litvaks, or northern Yiddish, which was spoken in Lithuania, Belarus and Latvia; Galitsyaner, or central Yiddish, spoken in Poland and parts of Hungary; and southeastern Yiddish, spoken in Romania and Ukraine, which often is a “compromise” dialect between Litvaks and Galitsyaners. The southeastern Yiddish is the form of the language most often depicted in the Yiddish theater and in Yiddish films, Viswanath said.

Duolingo chose to teach Galitsyaner, or central Yiddish, as it is the most commonly spoken dialect of the language, especially among Chasidic Jews, Viswanath said.

Parts of the Jewish world already are responding positively to news of the Yiddish course.

“[Duolingo’s] Yiddish program has been trending on the Jewish/Chasidic Twitter,” Viswanath said.

The Yiddish program, like Duolingo’s popular Hebrew course, will help bilingual or trilingual speakers who code-switch between languages when they stumble on a word predominantly known by an English name. To that end, Viswanath points to Israeli pronunciation of “sandvich” for sandwich or Russian fill-in words like “mobilka” for mobile phone.

“People are very loyal to their family’s dialect,” Viswanath said. “There is definitely pride in the Yiddish community. I’m looking forward to see how this happens.”

Duolingo launched its Hebrew course in 2016. To date, about 900,000 have registered to learn that language, which Awodey said is a good estimate for what the company expects of its Yiddish program.

Duolingo, which launched in Pittsburgh in November 2011, offers 100 courses across nearly 40 distinct languages.

“We want to ensure that anyone who wants to learn these languages, can,” Awodey said.

Justin Vellucci is a freelance writer living in Pittsburgh. This story was first published by the Pittsburgh Jewish Chronicle. 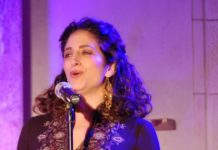 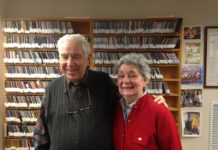