With the votes counted from the March 23 Israeli election, it appears that neither Benjamin Netanyahu nor his opponents have a clear path to forming a government.

Preliminary exit polls gave the prime minister a good chance of being narrowly reelected. Israeli exit polls, however, are historically unreliable, and this year they did not account for a significant percentage of votes cast.

But as it stood on March 24, the tally shows a split between Netanyahu’s allies and his opponents in Israel’s parliament, the 120-seat Knesset. Two parties remain uncommitted to either group. Altogether, 13 parties are projected to make it into Knesset. Each party’s share of the parliament could change slightly after absentee ballots are counted.

To lead Israel’s government, a candidate must assemble a majority coalition of at least 61 lawmakers, which is generally made up of several parties. Should no candidate be able to assemble a coalition, which occurred twice in 2019, Israel holds a repeat election. The results don’t point to any obvious majority coalition.

Several local scholars said that the likelihood of another election in the near future remains high.

“I would not rule that out at all,” said Michal Raucher, a professor in the Department of Jewish Studies at Rutgers University.

Lior B. Sternfeld, a professor of history and Jewish studies at Penn State University, believes that the Knesset will dissolve itself again with the next four to five months.

“There is a very good chance that there will be a fifth election,” said Asaf Romirowsky, executive director of Scholars for Peace in the Middle East and a fellow at the Philadelphia-based Middle East Forum.

Netanyahu’s Likud is expected to be the largest party, with around 30 seats — smaller than its current size of 36. Raucher explained that the comparatively smaller number of right-wing parties that took part in the most recent election could make it easier for Netanyahu to form a coalition this time around, though nothing is guaranteed. The process of building a coalition is like entering a “bazaar in Tehran,” in Romirowsky’s words, and the haggling over concessions and policy preferences is about to begin.

The next-largest party is projected to be the centrist Yesh Atid, an opponent of Netanyahu, with 17 seats, also slightly smaller than its current 19 seats.

Blue and White, the party that nearly beat Netanyahu last year before joining him in an ill-fated unity government, is set to drop from 12 seats to eight.

The Joint List, an Arab-Israeli party made up of multiple factions, is also expected to fall from 15 seats to six, because one party broke away this year. Sternfeld sees this as Arab voters voicing their displeasure with the break-up.

Raam, the breakaway, is an Islamist party that had discussed allying with either Netanyahu or his opponents. It is projected to win as many as five seats after exit polls had predicted that it would fall short.

Israel’s two Jewish left-wing parties both grew. Labor, the shrunken party of Israel’s founders, was projected to win seven seats, a large jump from its current two. The left-wing Meretz was also projected to grow slightly from four seats to five.

“Meirav Michaeli’s bold and outspoken opposition to Netanyahu and the right wing parties indicates that her message is being received by more Israelis this time around,” Raucher said, referring to the Labor leader.

Romirowsky, on the other hand, was more skeptical about the prospects of the left in Israel.

“They don’t amount to, really, any counterweight to Netanyahu and [Leader of the Opposition Yair] Lapid,” he said.

On the far right, Religious Zionism, a party that includes anti-LGBT politicians and extremist settlers, was set to win six seats. Shas, the Sephardi haredi Orthodox party, was projected to win nine seats, while the Ashkenazi haredi party, United Torah Judaism, was set to win seven.

Gideon Saar, a former member of Likud who broke away to challenge Netanyahu, is set to win only six seats. And Naftali Bennett, a former Netanyahu deputy, is projected to win seven seats. Bennett is largely ideologically aligned with Netanyahu but has had a series of disputes with him and has not committed to joining a government under his leadership.

Following the publication of the final results, Israeli President Reuven Rivlin will ask each party to recommend either Netanyahu or one of his opponents to form the next Israeli government. Whoever gets the most recommendations then gets several weeks to assemble a majority coalition. If they cannot, another party leader generally gets to try.

So the shape of the next Israeli government, and the identity of the person who leads it, may be unclear for quite some time. 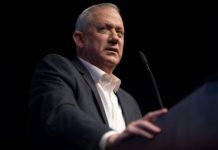 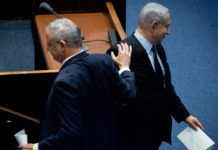 Israel on Verge of Fourth Elections in Two Years 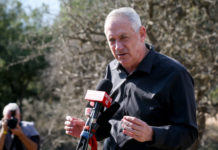