Alex Bregman is hoping to return to his near MVP form, Max Fried will be doing something no Jewish lefthanded pitcher has done in nearly five decades and World Series winner Joc Pederson is wearing a new jersey as the 2021 Major League Baseball season gets underway Thursday.

That trio is among eight Jewish players who will don uniforms on Opening Day. As the game returns, so will some of the in-person fans: As of Wednesday, all 30 teams will allow some percentage of attendance, ranging from a few thousand seats to full capacity in the case of the Texas Rangers’ stadium in Arlington.

One familiar Jewish face will be missing, though — former Most Valuable Player Ryan Braun, doesn’t have a team after accepting a buyout from the Milwaukee Brewers in the offseason.

But let’s deal with the guys who will be on rosters and representing the Jews, including some who have played for Team Israel in the World Baseball Classic, as we begin anew following the 60-game COVID-abbreviated campaign. 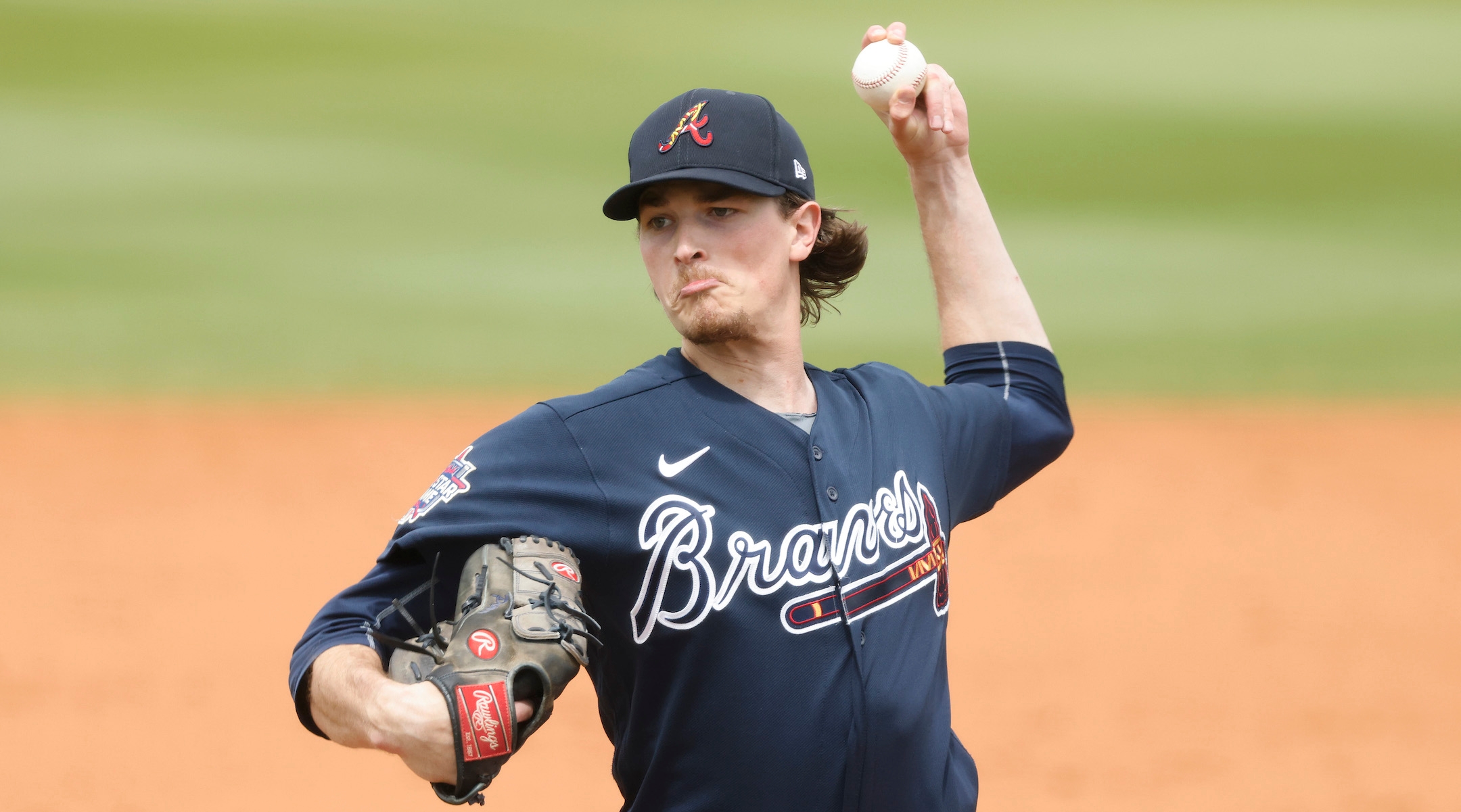 For the first time in 49 years, a Jewish lefthanded pitcher will be an Opening Day starter, as Fried takes the mound in Philadelphia on Thursday afternoon against the Phillies. The last lefty to accomplish the feat: Ken Holtzman for the 1972 Oakland A’s. Scott Feldman, a righty, did it for the Reds in 2017.

“I definitely think it’s an honor to be able to have my manager come out and say we want you to start the first game,” the lefty ace said following his final spring training start on Saturday.

The Braves are expected to be serious contenders again in the National League, with Fried anchoring the pitching staff. Fried, 27, was outstanding in the shortened 2020 season, going 7-0 with a 2.25 ERA, finishing fifth in the Cy Young voting. He won 17 games in 2019 — his only full season in the majors — and sports a 26-11 record in his budding career.

Some may be thinking Fried could become the winningest Jewish pitcher ever: Holtzman has that honor with 174 career wins, followed by Hall of Famer Sandy Koufax at 165. The latter picked up an astounding 107 of those victories in his final four seasons before his career was cut short by an elbow injury. Fried, who was born and raised in California, wore No. 32 in high school as a tribute to the Dodger great. 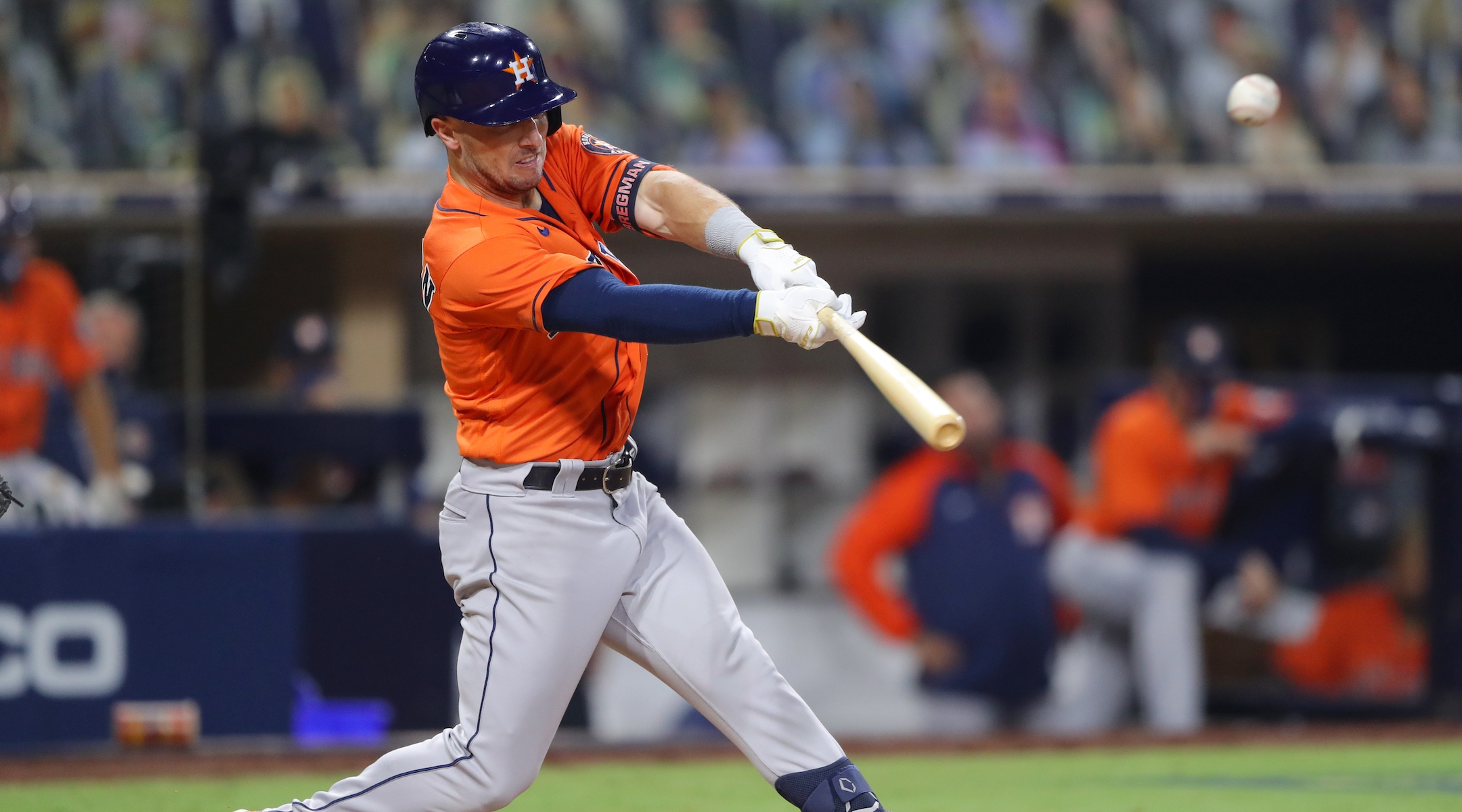 Alex Bregman bats during Game 7 of the ALCS between the Tampa Bay Rays and the Houston Astros at Petco Park in San Diego, Oct. 17, 2020. (Alex Trautwig/MLB Photos via Getty Images via JTA.org)

Bregman, the Houston Astros third baseman, is certainly the most heralded Jewish position player again this season. The 27-year-old All-Star struggled in 2020 — his .242 batting average was by far a career low. He’s aiming for a return to his 2019 numbers, when he hit .296 with 41 homers and 112 runs batted in on the way to a second-place finish in the MVP voting.

Bregman, who heads into the season with 105 career homers, would appear to have a good chance to become the all-time Jewish home run leader when all is said and done. (Braun leads now at 352.) In his three full seasons from 2017 to 2019, he has averaged 30 homers a year.

The Astros and Bregman had been quite a success story from 2017 to 2019 with two World Series appearances, including a world championship in 2017. They appeared to be an engaging, fun-loving, multicultural group, with Bregman a rising young star. But the team was implicated in an intricate sign-stealing scandal spanning several seasons.

Fans, unable to express their displeasure last season because of COVID, could try to make things tough on the club in 2021. As one of the Astros star players, Bregman could well be a target.

While Bregman doesn’t exactly show off his Jewish identity often, his father told the Jewish Telegraphic Agency in 2018 that he is “so proud” of how his son represents the tribe in MLB. 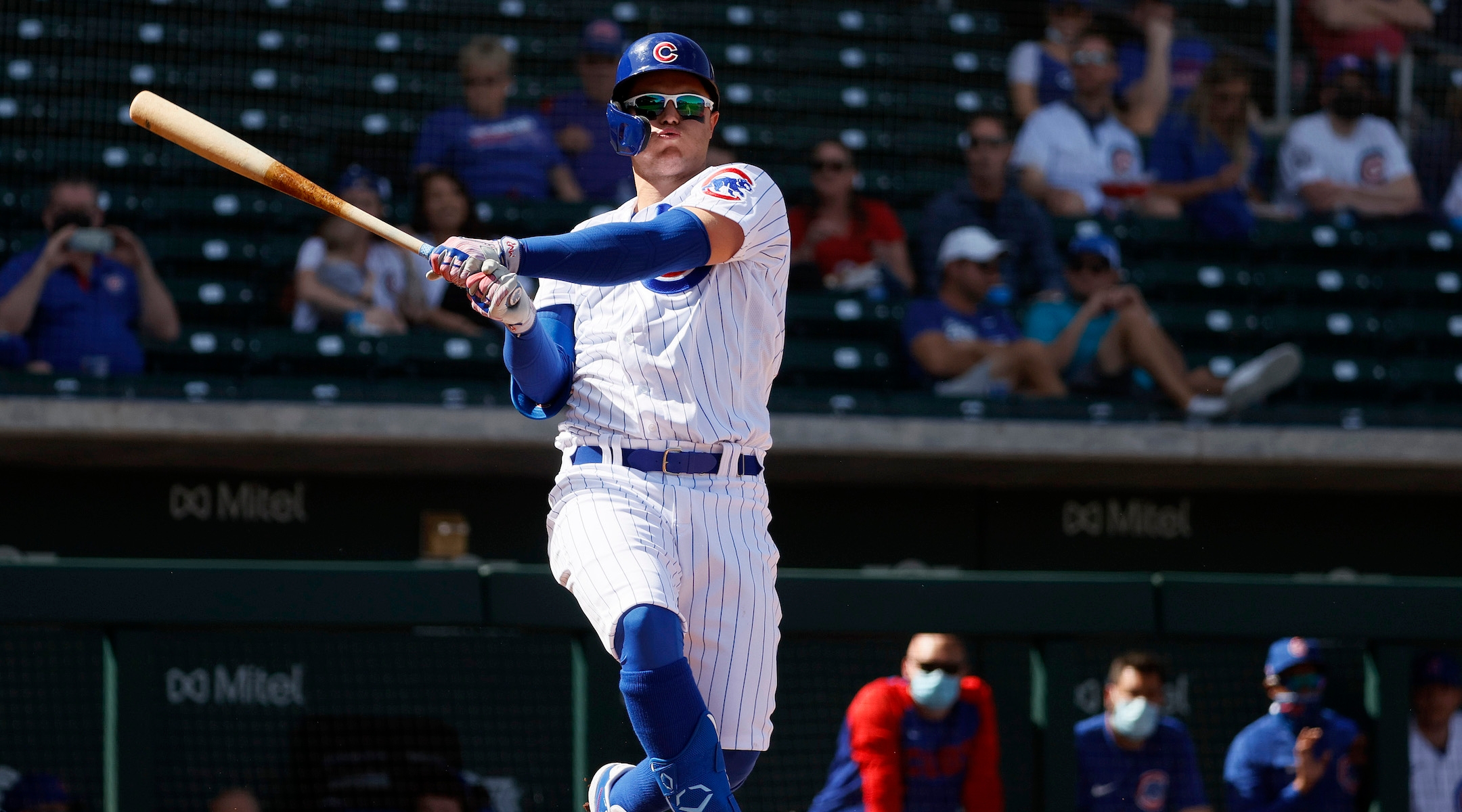 Joc Pederson plays in a spring training game for the Chicago Cubs against the Seattle Mariners, March 3, 2021. (Steph Chambers/Getty Images via JTA.org)

Pederson left the world champion Dodgers to sign as a free agent with the Cubs. The slugging outfielder had seen his playing time reduced in 2020 with the Dodgers, a team that was already loaded with talent in the outfield before trading for Boston Red Sox star Mookie Betts. At 28, Pederson is going into his seventh season and had a torrid spring camp for the Cubs with 8 Cactus League homers — no one in Arizona or Florida hit more.

His 130 career homers are the most among active Jewish players entering the season with Braun on the sidelines. You might remember Pederson and Vladimir Guerrero Jr. putting on an epic power display in the semifinals of the 2019 Home Run Derby — Guerrero Jr. eventually outlasting Pederson, 40-39. Or his home run show in the 2017 World Series, in which he broke the record for most by a Jewish player in a championship. So if the wind is blowing out at Wrigley — even if it isn’t — Pederson could return to being the 25-homer-a-year guy he was from 2015 to 2019.

Pederson’s mother Shelly once trekked to her late father’s old synagogue to find proof of Joc’s Jewish heritage so he could play for Team Israel in the 2012 World Baseball Classic. 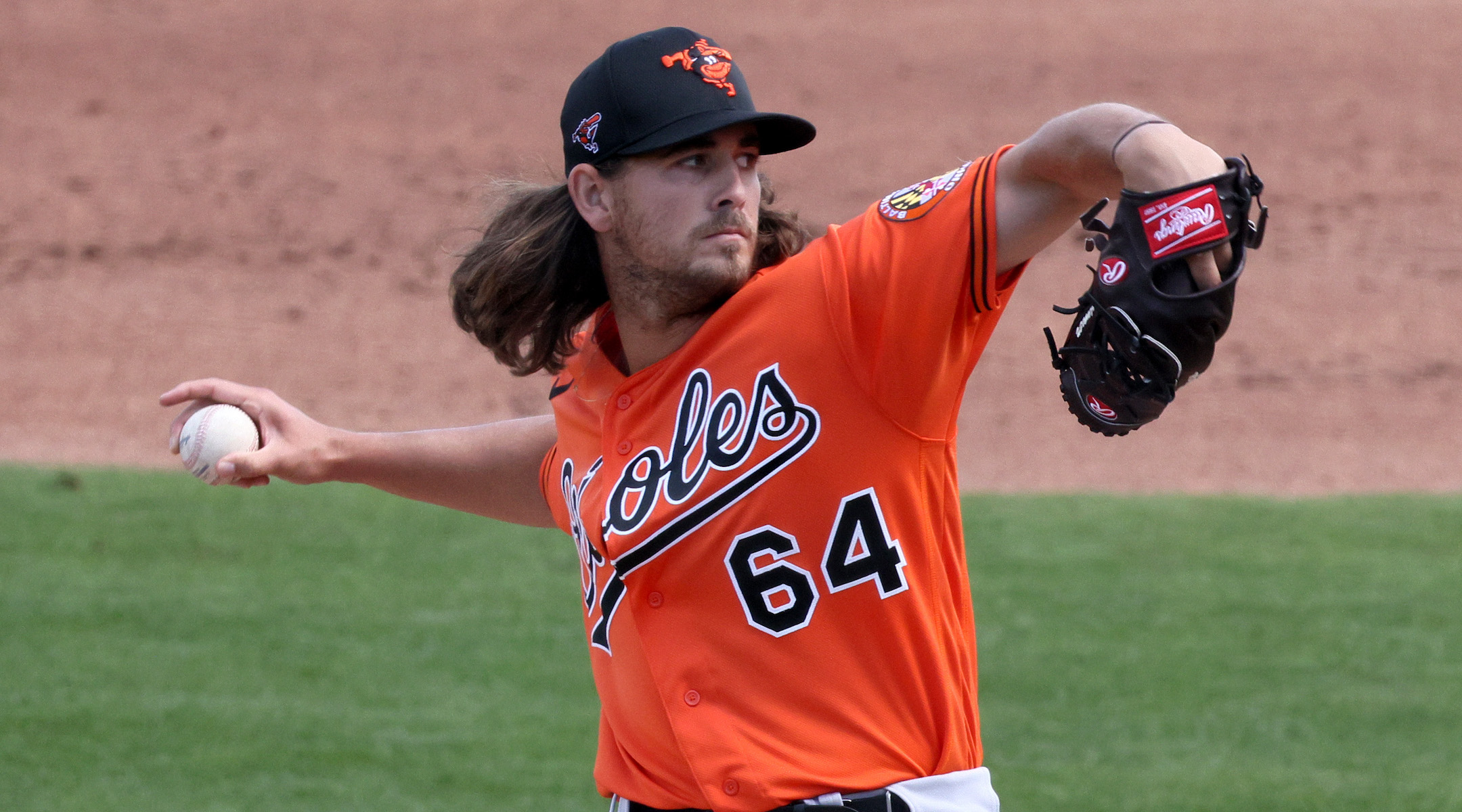 Dean Kremer pitches for the Baltimore Orioles in a spring training game against the Minnesota Twins, March 9, 2021. (Mark Brown/Getty Images via JTA.org)

Kremer, the first Israeli to pitch in the majors, is the most intriguing Jewish player going into the 2021 season. The 25-year-old right-hander’s parents were born in Israel, but he is a California native who attended high school and college in the U.S. Kremer pitched for Team USA in the 2013 Maccabiah Games and for Team Israel in the 2017 World Baseball classic.

Drafted by the Dodgers in 2016, he was part of the package the Dodgers sent to the Orioles to acquire star Manny Machado before the 2018 trade deadline. Kremer ended the 2019 season in Triple A, one level below the majors, and made his MLB debut for the Orioles in September.

And quite a debut it was. Aside from making history as an Israeli pitching in the major leagues, he beat the New York Yankees at Camden Yards, limiting the Bronx Bombers to just 1 run on 1 hit in 6 innings. Kremer would allow just 3 runs in 16 innings in his first 3 starts.

Though he was a bit shaky this spring, Orioles manager Brandon Hyde announced Monday that Kremer would be his fifth starter.

“Dean threw the ball well last year for us in his handful of starts,” Hyde said. “He didn’t get off to a really good start this spring, but his last start against Boston he showed that he’s earned it.” 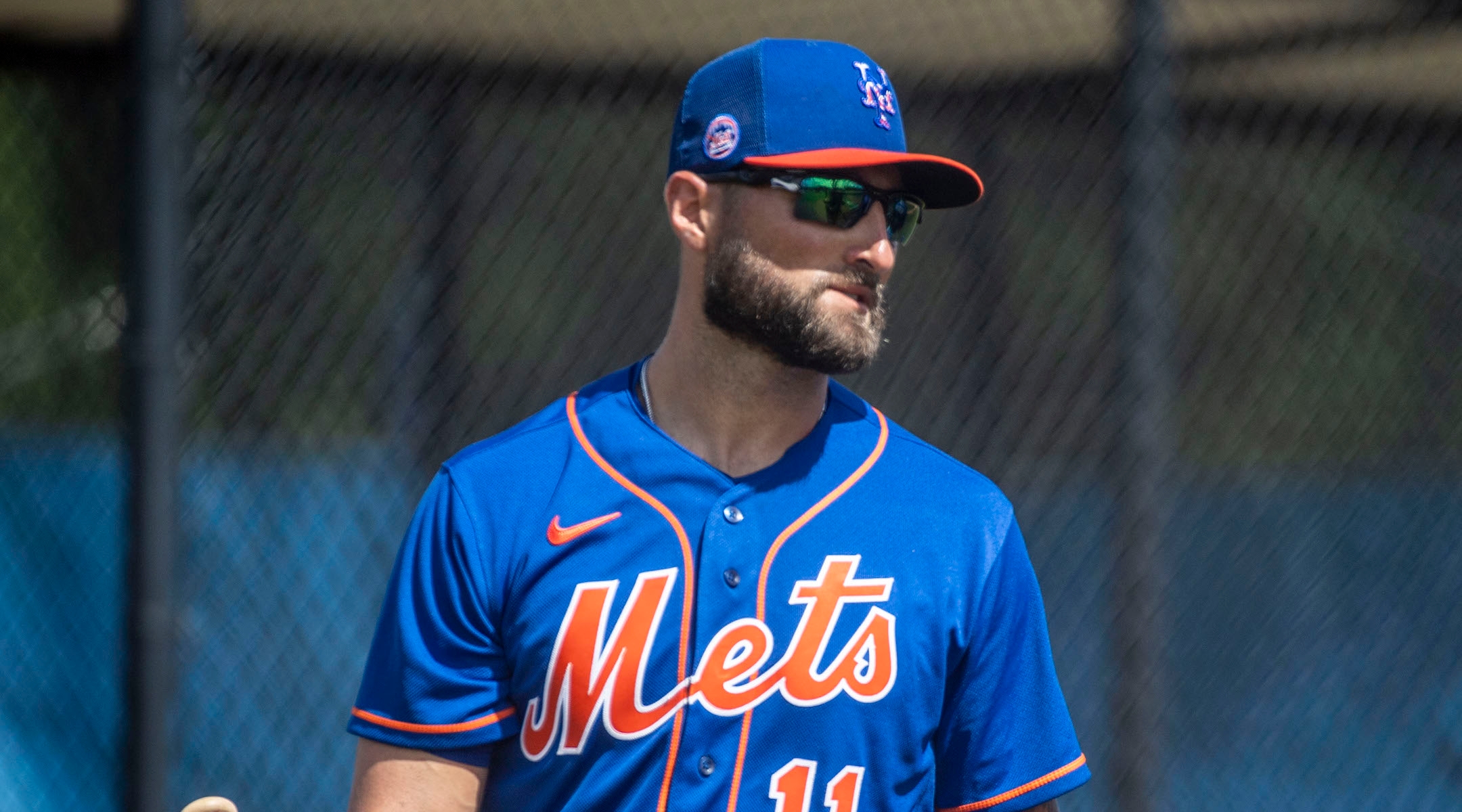 After spending his first six seasons in Toronto, Pillar will be playing for his fifth team in the past three years. The 32-year-old outfielder split time between the Red Sox and Colorado Rockies last season, hitting .274 in 30 games for Boston and .308 in 24 games for the Rockies — .288 overall, a career high. This followed a 2019 season in which he put up career highs in homers (21) and RBIs (88) in 161 games, all but five of them with the San Francisco Giants.

Pillar, an outstanding defensive outfielder, hit for average this spring as well, .317 in 41 at bats in the Grapefruit League. He’s also a better-than-average baserunner, averaging over 16 stolen bases a year between 2015 and 2019.

Pillar had a bar mitzvah and has said he takes pride in telling fellow players that he’s Jewish. 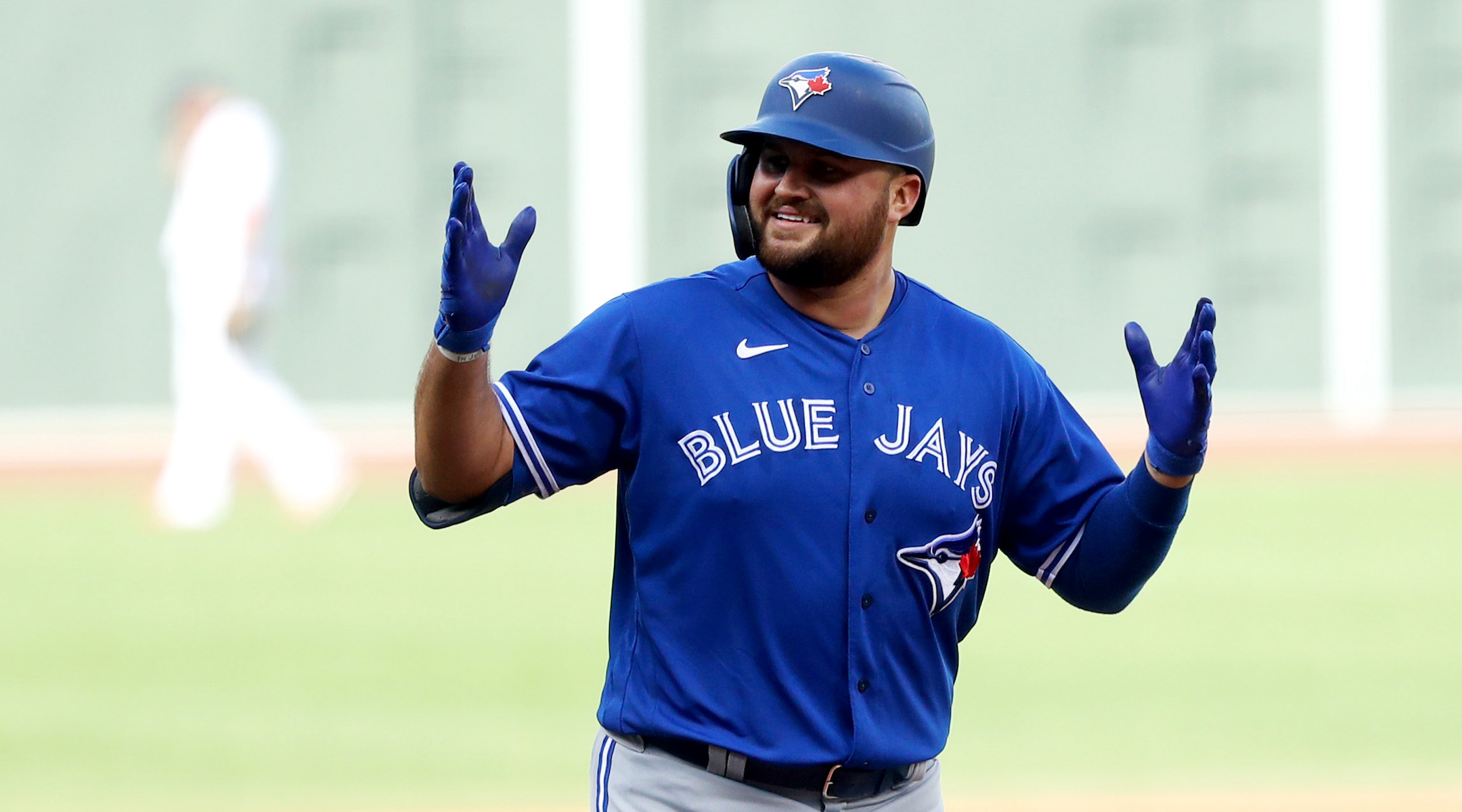 Rowdy Tellez of the Toronto Blue Jays celebrates after hitting a home run against the Boston Red Sox at Fenway Park in Boston, Sept. 6, 2020. (Maddie Meyer/Getty Images via JTA.org)

Tellez, Pillar’s former teammate in Toronto, begins his fourth season with the Blue Jays. The 26-year-old designated hitter and backup first baseman hit .283 in 34 games last season. In his only full major league season, 2019, the 6-4, 255-pound Tellez had solid power numbers with 21 homers and 54 RBIs in 111 games.

Tellez was born in Sacramento, California. His father is Mexican American and his grandfather played in the Mexican Baseball League. His mother passed away from brain cancer shortly before he made his major league debut in 2018. Ryan Sherriff playing for the Tampa Bay Rays in Game 5 of the World Series in Arlington, Texas, Oct. 25, 2020. (Ronald Martinez/Getty Images via JTA.org)

Sherriff, a lefty reliever, has only made 30 appearances in his three major league seasons — the first 18 with the St. Louis Cardinals in 2017 and 2018. He had Tommy John surgery in June 2018, was eventually released by St. Louis and signed by Tampa. After sitting out 2019 to recover, he joined the Rays staff last August, appeared in 10 games and did not allow a run in 9 2/3 innings. Sheriff was added to the Rays postseason roster and made two World Series appearances against the Dodgers, pitching two scoreless innings. (In case you were wondering, he did not face Pederson.)

What Sheriff called “the greatest experience I’ve ever had in my life” though, was his stint as a reliever for Team Israel in the World Baseball Classic in 2017. Both sets of Sheriff’s grandparents were Holocaust survivors. He was traded to the Marlins last July but ended the abbreviated 2020 campaign with a strong combined 2.16 ERA in 21 outings for the two teams.

Bleier pitched in the qualifying rounds for Team Israel for the 2013 World Baseball Classic — Israel did not qualify — but elected not to accept its invite in 2017 to concentrate on winning a job with the Orioles.

The Ryan Braun question and others who could join “The Show” 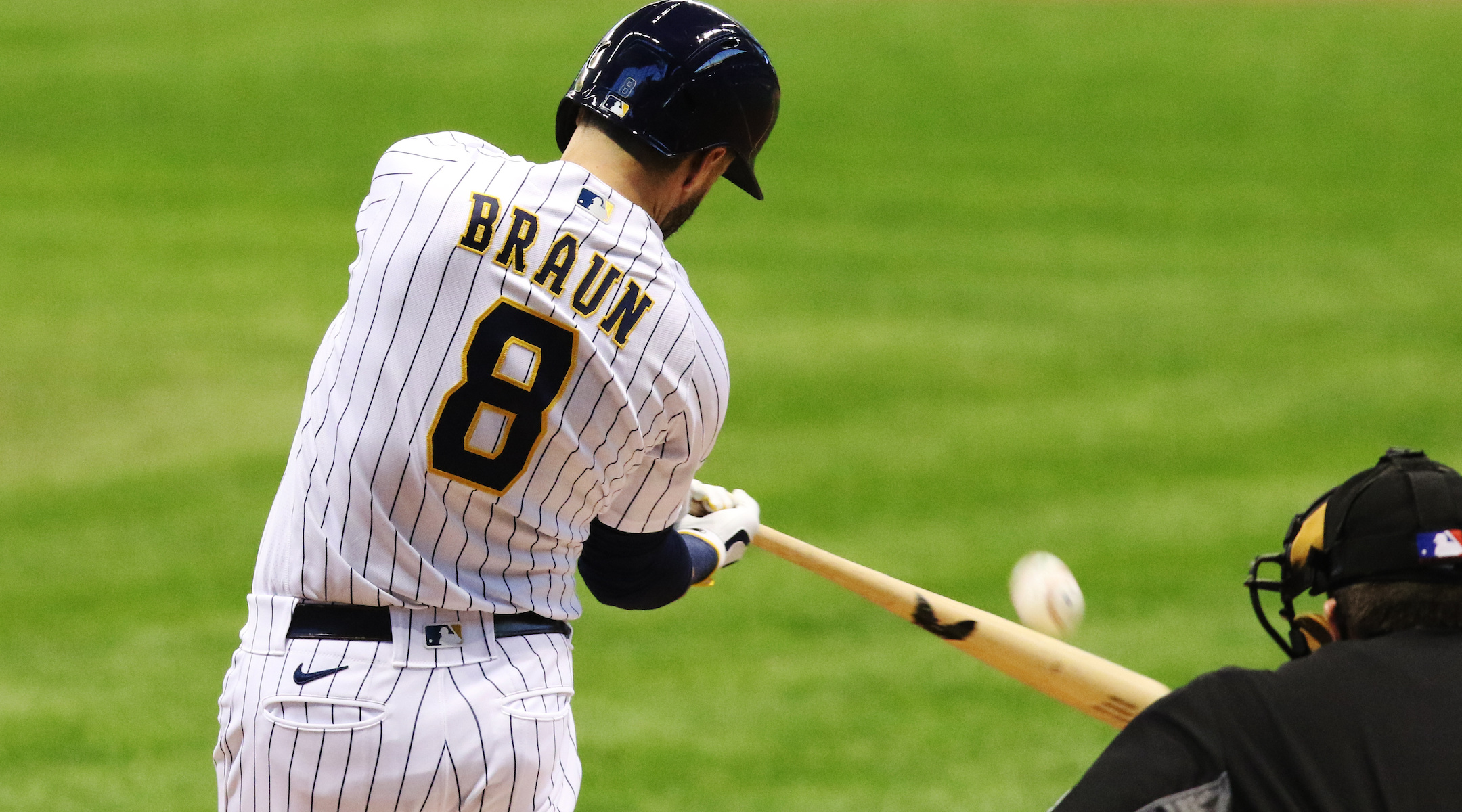 Ryan Braun hits during a game between the Kansas City Royals and the Milwaukee Brewers at Miller Park in Milwaukee, Sept. 19, 2020. (Larry Radloff/Icon Sportswire via Getty Images via JTA.org)

As recently as three weeks ago, Braun at age 37 said he was leaning toward retirement. The six-time All-Star and Rookie of the Year in 2007, one of the greats in Brewers history, passed Hall of Famer Hank Greenberg’s 331 homers in 2019 to become the Jewish home run king. His 352 homers place him 93rd all-time.

Catchers Garrett Stubbs and Ryan Lavarnway, also a Team Israel alumnus, are among those who could surface at some point this season. The veteran Lavarnway, 33, has played for seven teams, notably the Red Sox, in his nine-year career. Stubbs, 27, has played in 33 games in parts of two seasons for the Astros. 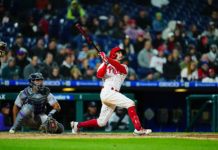 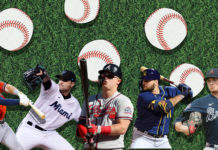 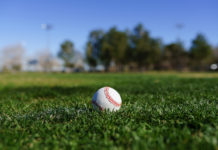 Sandy Koufax Statue to be Unveiled at Dodgers Stadium