There is more to the story behind “History’s Lesson: Jewish Anarchist Doctors Cared for Philadelphia’s Immigrants” (Jan. 7). These socially committed physicians, called “anarchists” in their time at the turn of the 20th century, did more than provide care for immigrants living in the immigrant Jewish district south of Walnut Street and east of Sixth Street.

Their facility, called Beth Israel at its origin, set itself apart from other hospitals by being among the few, perhaps the only one, at its time to state in its charter that care would be provided without regard to race, religion or national origin. The “Negro” district, to use the proper term of the day, was adjacent to the immigrant Jewish neighborhood west of Seventh Street to Broad Street.

The founding pediatrician at Beth Israel was Edwin Rosenthal, who was chair of the Section on Children’s Health of the American Medical Association. In 1896, he published a study in the Journal of the American Medical Association showing the efficacy of a diphtheria antitoxin, which, when given within three days of onset of symptoms, diminished mortality from about 10% to less than 1%.

In 1995, the Philadelphia Medical Association published his comprehensive overview of prevention and treatment of diphtheria.

Dr. W. E. B. Du Bois came to Philadelphia two years after receiving his Ph.D. from Harvard University, at the time Beth Israel was founded, to study the African American community in his 1899 classic study, “The Philadelphia Negro.” His grant was to the University of Pennsylvania, which did not give Du Bois a university appointment; rather, he was an “assistant in sociology.” His name did not appear in university documents.

When he completed his work, he left to join the faculty of Atlanta University, a historically Black university. In Atlanta, tragedy struck his family when their only child, Burghardt, contacted diphtheria and died. Reading “Of the passing of the first born,” Chapter 11 in Du Bois’ 1903 “Souls of Black Folks,” it is apparent that no physician in attendance. “Then we two alone,” Du Bois wrote, “looked upon the child as he turned to us with great eyes, and stretched his string like hands, — the Shadow of Death! And we spoke no word and turned away.” [p. 129]

Du Bois’ biographer David Brion Davis, reported “As his wife, [Nina] understood why Will’s work had brought him to a city practically devoid of doctors of his own race — a city where white physicians refused to treat desperately sick black children. But as a mother, Nina would never forgive him.”

Nina Du Bois thought Burghardt would have survived if they had remained in Philadelphia. The data, however, are confusing.

The consequences of diphtheria infection were not from the “Krebs-Loeffler” bacillus itself, but from the toxin produced by the bacillus. Unlike now, when there is a vaccine for recipients to develop an in vivo response to the toxin, in 1898 the antitoxin was produced from horse serum. Diphtheria mortality control required integration of three processes.

First, it was necessary to have a municipal laboratory capable of quickly analyzing specimens to see if the diphtheria bacillus was present in a throat swab.

If found quickly in a patient with clinical evidence of the disease, as Rosenthal pointed out in his treatise, preemptive treatment with antitoxin would prevent the lethal consequences of the disease. If it was given it too late, an appearance was created that the antitoxin was ineffective. The authorities in Philadelphia did not adequately fund nor staff such a laboratory.

Second, a farm was needed where horses could be inoculated with sublethal doses of toxin and the antitoxin they produced was harvested. Here again, the authorities failed. Antitoxin for Rosenthal’s study was supplied by a horse on a farm owned by Dr. Jacob Solis-Cohen, who was cited and thanked by Rosenthal in his 1895 treatise.

Both physicians, Rosenthal and Solis Cohen, were active in the Jewish Hospital Association, the former with Beth Israel and the latter with the Jewish Hospital that served the “uptown” German Jewish community. The upstart Jewish radicals and the older establishment types got along quite well when the need was there, then as now.

Third, the antitoxin had to be distributed at minimal cost or for free. An unwillingness to undertake activities in competition with commercial interests hampered all these requirements in Philadelphia. Thus, it is not surprising that, unlike other cities in the United States and Europe, mortality from diphtheria remained at pre-antitoxin levels though the 1890s.

As with tuberculosis, both improved public health and living standards were critical in lowering morbidity and mortality from diphtheria. In Philadelphia, described by Lincoln Steffens as the “most corrupt and complacent” of cities in the U.S., health authorities either consciously chose to ignore Rosenthal’s findings or were powerless to implement them. This presaged the subsequent public health catastrophe of the 1918 flu epidemic when Philadelphia’s mortality rate was the highest in the United States.

From this information, taken alone, it is apparent that Nina Du Bois’ confidence that Burghardt world have survived in Philadelphia was in error, which takes us back to Rosenthal’s using antitoxin for his study of efficacy. Du Bois’ “The Philadelphia Negro” is a compendious work of 509 pages detailing the life of an African American community. It is still cited as a model of sociological study. Two elements in the book, one on health and one on employment, suggest that Nina and W.E.B. would have made their way to Rosenthal’s office at Fourth and Pine streets for treatment.

Beth Israel’s “Franklin Free Clinic” at 322 Pine St. was nearby and open to all. No other community in Philadelphia were spared the ravages of diphtheria as were the African American families living west of Sixth Street.

Du Bois had a second connection to the Rosenthal family. “The Philadelphia Negro” provides a litany of “Color Prejudice” in Philadelphia employment patterns. “There are,” he wrote, “some exceptions to the general rule … The most notable case in point is that of the Midvale Steel Works, where … a large number of Negro workmen are regularly employed as mechanics and work alongside whites.” [p. 331]

The Midvale-Heppenstall Steel Works in the East Falls section of Philadelphia was owned by Samuel Heppenstall whose wife Miriam Rosenthal was Edwin Rosenthal’s cousin. The connections are too great and Du Bois too knowledgeable for this to have been overlooked by him.

From this, a century or more later, it is reasonable to assume that Nina Du Bois was correct. It is likely that Burghardt would have been among the few who survived were they to stay in Philadelphia. But of course, this was not possible. “White” colleges and universities of that time would not hire an African American scholar even one distinguished by a Ph.D. from Harvard.

I know these things from a family connection of which I was unaware until doing research for my study of the death of Burghardt Du Bois. My mother, Louise Rosenthal, was born in 1905. At that time, there were 95 Rosenthals in the Philadelphia telephone directory. She was related to most of them.

Four Rosenthal brothers, Max, Louis, Morris and Simon, left Turek in “Russian Poland” during the upheavals challenging autocracy in Europe in 1848. Three of them, Max, Louis and Simon, married three unrelated Rosenthal sisters from Munich. The sisters had a Rosenthal brother, Alex. The five Rosenthal men who then populated Philadelphia with their descendants. The Rosenthals were lithographers who, not surprisingly, became active in the Union cause. Their broadside of the Emancipation Proclamation is available at picryl.com/media/proclamation-emancipation-smithrosenthal.

Unfortunately, my mother died when I was 5. My only contact with her paternal family was with her cousin, my “uncle,” S. Henry Rosenthal, who was founder of the Goldenberg Rosenthal accounting firm in the PSFS building. I did know my grandmother Golda Reinhart’s family quite well. Longtime readers of the Exponent will remember Joseph Reinhart and Sons Design at 21st and Naudain streets. They advertised on the second page of the Exponent for many years.

Edwin Rosenthal was my grandfather Rueben’s first cousin. Miriam was his double first cousin. My mother and Alex, uncle Henry’s younger brother, were members of the same confirmation class at Congregation Adath Jeshurun and friends. I’d see Alex, when I went to see uncle Henry, who did my taxes when I was a medical student and afterward, and he told me, “She taught me how to dance.”  Once I asked uncle Henry if it was OK for me to pay him. He put his thumb to the floor and said, “Bobby, you couldn’t afford to pay for this much of the carpet.”

I hope that this report complements the earlier description of Jewish physicians at the turn of the 20th century. They are very similar to those of us who completed our medical studies in the 1960s and yes, today, too. The principles and idealism are still there. 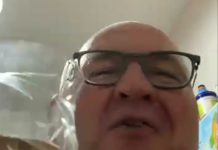