In what was likely the first-ever friendly sports match between Israel and the United Arab Emirates, their national rugby squads squared off Friday in Dubai.

In the first game, Israel defeated UAE 33-0. The teams mixed players for a second game.

The countries have warmed previously nonexistent relations since signing the Abraham Accords last year, which opened up formal diplomatic relations and trade, tourism and other agreements.

Israeli President Reuven Rivlin congratulated both teams in a tweet and said that Israel hopes to host the Emirati squad in Israel “very soon.” 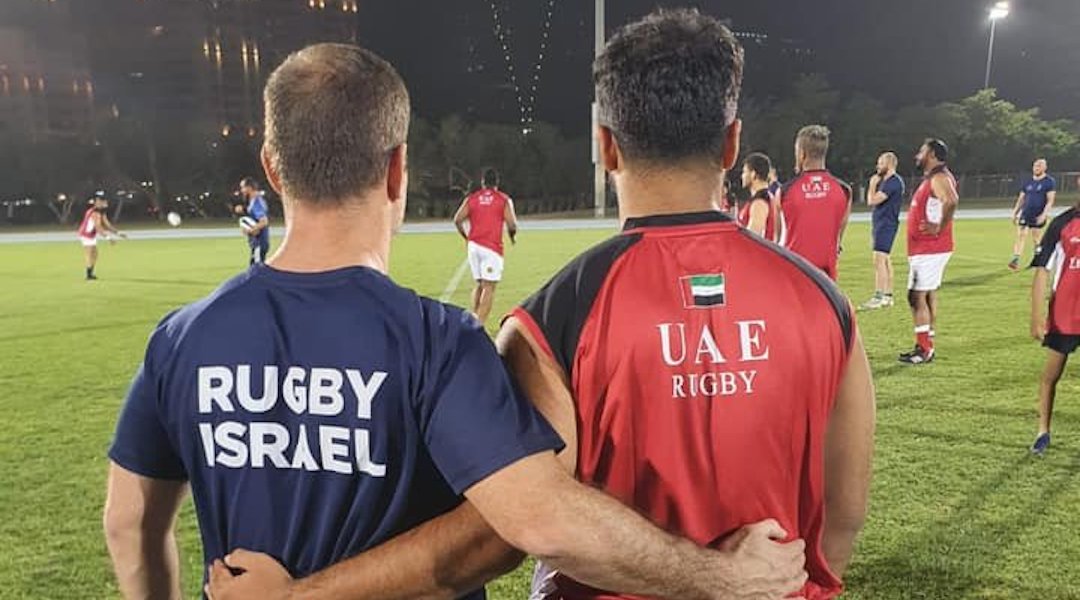 Israeli player Adrian Reinstein, left, with a UAE player before their match in Dubai, Mar. 19, 2021. (Courtesy of Rainstein via JTA.org)

“While leaders may sign peace agreements, true peace requires people on both sides to build bonds of friendship and cooperation in every arena,” Rivlin wrote.

Since the fall signing of the peace agreement, tens of thousands of Israelis have visited the Emirates.