Married at 19, Leibov left her Jewish community at 43 and founded a successful luxury shoe company. In 2016, she became the creative director for the Italian luxury fashion brand La Perla and in 2019 became the CEO of the international Elite Model Management agency. She’s also known for helping design a dress made out of crystals for top model Kendal Jenner.

The Netflix description of the series reads:

Since taking the reins of a global talent empire, Haart has been on a mission to revolutionise the industry from the inside out – all while being a mother of four. Her children include a TikToker, an app designer, a lawyer, and a high schooler torn between two conflicting cultures, and Haart helps them reconcile their Orthodox upbringings with the modern world. My Unorthodox Life takes you on a journey through Julia Haart’s untamed, unpredictable, and unorthodox life.

Netflix’s series “Unorthodox,” based on Deborah Feldman’s memoir about leaving her haredi Orthodox community in Brooklyn, was wildly successful and earned multiple award nominations. The platform has several other Orthodox-themed offerings, including the 2017 film “Menashe,” filmed in Yiddish in a haredi neighborhood. 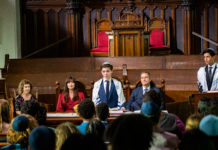 ‘13: The Musical’ A Blemished Coming-of-Age 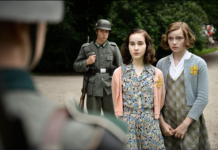