Do you know the scene in “Willy Wonka & the Chocolate Factory” when all four grandparents share the same bed in an effort to keep warm? Texas has been like that this week, but without a daughter at the stove cooking soup.
I am currently in the suburbs northwest of Austin, Texas, where I am sitting out the power outages in a friend’s guestroom. I am warm, safe, dry, fed and enjoying the company of several others. We’re very fortunate. Exceedingly fortunate to have what we need and be able to offer warmth, hospitality, cooked food and electricity
to others.

I write this on the third day of my evacuation, the fourth day of the storm, a few hours before (hopefully) we pick up an emergency supply of my heart medication that I spent hours yesterday getting transferred to the only open pharmacy in this suburb of 80,000 people.

Day 4 sees fresh snow on top of ice on top of 6 inches of existing snow that hasn’t melted. Any that’s disappeared is being heated in someone’s home to be used either to flush toilets or to melt into drinking water. Day 4 sees hunger set in for those whose food requires actual cooking.

Day 4 sees people give up hope. Day 4 is when we start hearing of people discovering deceased neighbors in the snow.

My apartment is a mile from the JCC in Austin. My power went out early Monday morning and returned yesterday, three hours after the water was turned off until further notice. The apartment is one of 300 in my complex, in a neighborhood of a half-dozen such complexes, shopping areas and private homes. They’re all dark, and they’re all cold.
The neighborhood is about 50 years old, and the city never ran gas lines, so everything is all electric and has had no power at all since the wee hours of Monday night. The temperature has been below freezing the whole time, down to 9 degrees Tuesday.

When I woke up at 4 a.m. Monday, I was cold, but my Facebook friends told me we were part of a system of 40-minute rolling blackouts. Forty minutes off, four hours on. No big deal. Then 40 minutes turned to four hours, then seven hours and finally 40 hours. My phone service went out by 7 a.m. Monday, so I just lay in bed reading on my iPad. The phone lit up at 8 with Facebook messages and texts, including a note from a good friend in the suburbs who had light, gas heat and a gas stove. He also drives a pickup.

I messaged him and asked if I might be able to stay with him and asked him to pick me up if I still didn’t have power by noon. The phone service went out again, and we didn’t connect until about 2 p.m., when I borrowed the phone of a neighbor with a different carrier. I texted this friend, as well as my dad and my son on opposite coasts.
I know my city doesn’t really have snowplows, but I didn’t expect his 30-minute round trip to take more than two hours. He was unable to get up the hill into my apartment complex and parked a block from the entrance, two blocks from me. He walked uphill the rest of the way, then walked back down carrying three days’ worth of my supplies.

I evacuated early. I am not sure how well I could have survived in an unheated home with no communication. I feel guilty as I use my fully charged phone to read Facebook updates from friends who are charging their phones in the cars. Facebook has been amazing during this time, as the few in my neighborhood group who have four-wheel-drive SUVs transport firewood, diapers and food from neighbor to neighbor.

The local middle school has become a “warming station” but only until 9 p.m. The synagogue I attend opened this morning as a refuge, one hour after the power came back and water was confirmed. The giving and sharing are heartwarming and among the most important work happening anywhere in the country.

COVID-19 complicates everything about this recovery, and I wonder if we’ll have repercussions from the fact that many families are doubled up, with far more human contact than anyone has had in months. One of the people who evacuated to the home where I’m staying has not had either COVID jab. I’ve had both plus two weeks for them to take effect, and my host has
had one.

Shabbat arrives tomorrow night, and I look forward to hearing my host chant kiddush after I light candles. Other candles have been far more important this week. l 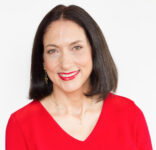