George Shultz, the Reagan administration secretary of state who made it his mission to bring about freedom for Soviet Jewry, has died at 100.

The Hoover Institution at Stanford University, where Shultz has been a distinguished fellow for decades, announced his passing on Saturday. It did not give a cause.

Shultz was a moderate Republican who in a number of economic Cabinet positions during the Nixon presidency advanced affirmative action as redress for discrimination. He was the rare instance of a Nixon Cabinet secretary who emerged from that administration squeaky clean: As Treasury secretary, Shultz stood between Nixon and the president’s desire to harass his opponents with the Internal Revenue Service.

Shultz left the Nixon Cabinet in 1974 and joined the oil industry services giant Bechtel, eventually becoming president. Reagan tapped Shultz to be secretary of state in 1982 after Alexander Haig’s career imploded over his incautious battles with colleagues.

One of Haig’s perceived indiscretions was to defend Israel too fiercely, including in the war that Israel launched in Lebanon that year. Shultz’s blank slate on Israel and his dealings as an executive with Saudi Arabia immediately sparked wariness among the pro-Israel community.

He soon calmed the waters. Shultz was an enthusiastic proponent of Reagan’s determination to calm tensions in Lebanon, but he also stood firm against terrorism, and was rattled by the 1983 bombing of the Marine barracks in Beirut killed 241 U.S. military personnel. Shultz had served in the Pacific as a Marine in World War II.

Shultz’s diplomacy led to Yasser Arafat’s recognition of Israel in 1988, although it did not lead to talks for at least another three years.

Shultz’s passion was his advocacy for Soviet Jews. He was among the doves in the Reagan administration who sided with the president in nuclear disarmament talks with the USSR, but he leveraged that influence on behalf of Soviet Jews.

Shultz said a highlight of his career was the surprise Passover Seder he convened in 1987 at the U.S. Embassy in Moscow, to which he invited refuseniks, or Jewish dissidents seeking permission to emigrate to Israel.

In 1988, shortly before completing his turn in the job, he said that when Ida Nudel, who attended the Seder, called six months later from Israel, he teared up.

“Mr. Secretary, this is Ida Nudel, I’m home,” he recalled her saying.

“His alarm about terrorism’s threat to democracy alerted the world,” Foxman said on Twitter. “His hosting a Passover Seder for refuseniks in Moscow was historic.” 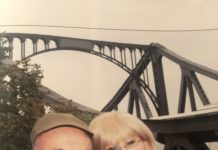 Connie Smukler: A Real-life Hero for the Soviet Jews