With cold weather causing people to spend more time indoors and delays hindering the national vaccine rollout, the death toll of the pandemic continues to grow.

This is the Exponent’s sixth installment of “Those We’ve Lost,” because these people deserve to be remembered as more than statistics.

Born in Englewood, New Jersey, she graduated from Oberlin College and received a master’s degree in public administration and business from Radcliffe College. She also was one of the first international exchange students to Germany with American Field Service (now AFS-USA) after World War II.

She married Dr. Constantin Cope in 1957 and the couple raised their children in Cheltenham. She was passionate about public service and education, which she considered part of her Jewish heritage and identity, and served on executive committees for local chapters of the League of Women Voters, American Cancer Society, American Field Service, Cheltenham Township Government Study Commission, the Cheltenham Center for the Arts, the Cheltenham Adult School and the Elkins Park Library. She was awarded a citation from the Pennsylvania House of Representatives for her exemplary record of service in 1995.

In 2004, she and her husband retired and spent several years in Bend, Oregon, where they provided a scholarship for students at the local community college.
“She just loved being involved with the community and volunteering, and she was one of those people who would do absolutely anything for you if she could,” her daughter Connie Franckle said.

She was raised by her father and grandparents in West Philadelphia after her mother died when she was young. She grew up speaking Yiddish with her grandparents, who immigrated from the Pale of Settlement, and remained fluent throughout her life.

She graduated from Overbrook High School in 1947 and worked as a secretary for Milton Shapp, who would go on to become Pennsylvania’s governor, before she became a mother. She married Leonard Hoberman and had three children. The couple would have celebrated their 70th wedding anniversary on Jan 7.

Her daughter Eileen Roseman said she was a dedicated mother known throughout her neighborhood for her warmth and generosity. She enjoyed helping her grandchildren with schoolwork and playing games with them.

“Since she passed away, we’ve had people who grew up in the neighborhood talking about how they always felt welcome coming to our home,” she said.

She was diagnosed with dementia at age 89 and moved to Artis Senior Living of Huntingdon Valley.

“We would just laugh at the silliest things, and then, you know, we would get it under control and I would look at her and she would look at me and we just start laughing all over again,” she said.

Edward Malinoff
Edward Malinoff, 84, died of COVID-19 on Jan. 19.
The Yardley resident was born and raised in South Philadelphia, and his family was one of only a few Jewish families in the area. He was a graduate of Temple University, where he earned a bachelor’s degree and a master’s degree in psychology. He served in the Air Force in Bermuda and worked as a logistics manager for the Navy for 35 years.

He was married to his wife, Karen Malinoff, for 40 years before her death in 2007. The couple raised their children Conservative Jewish and belonged to Congregations of Shaare Shamayim.

“He and my mom were very active with the synagogue,” said his son, Josh Malinoff.

He was an avid Philadelphia sports fan and enjoyed visiting the Jersey shore, especially Margate and Atlantic City. He also loved music, sang frequently and even sent a song he wrote to Billy Joel, who wrote back to say he only sang his own material. He remembered the lyrics to songs from old movies with great accuracy despite having dementia in his later years.

“What we really, to be honest, remember the most is his sense of humor,” said his daughter Dori Cowan, adding that her father was known for his love of witty puns.

Alan Tripp
Alan Tripp died of COVID-19 at Beaumont at Bryn Mawr retirement community on Dec. 24. He was 103.

The writer, broadcaster and marketer recorded “Senior Song Book,” an album of original songs, with his writing partner Marvin Weisbord at age 102. The album garnered national attention and was covered by CBS, NPR, The Washington Post and even “The Kelly Clarkson Show.”

“Aside from boundless creativity, Alan was a hopeless romantic. He wrote verses non-stop and enjoyed charming an audience,” Weisbord said in a statement.

Tripp was born in Leavenworth, Kansas, and graduated from Northwestern University. He worked as a newspaper reporter in Chicago, a radio broadcaster in New York, a copywriter for a New York advertising agency and a columnist for an ad business trade journal before moving to Philadelphia.

He relocated to New York in 1966 and served as president and CEO of Product Resources International before returning to Philadelphia in 1987 to be near his family. He was married to his wife, Maggie Tripp, for 73 years.

“He was a source of just constant support in every way to me and my family,” his granddaughter Dr. Abigail Tripp Berman said. 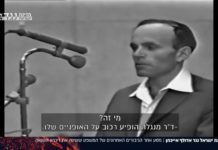 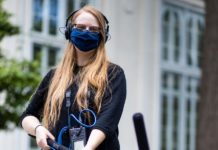 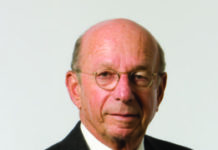