The Democratic leadership will bring a motion to remove Marjorie Taylor Greene from committees in the U.S. House of Representatives.

House Majority Leader Steny Hoyer announced the vote, scheduled for Thursday, after he and the Republican minority leader, Kevin McCarthy, failed to agree on how to act against the Georgia congresswoman who has peddled conspiracy theories and endorsed calls for violence against her colleagues. It would be rare, if not unprecedented, for one party to successfully force the removal of an opposing party member from committees.

“I understand that Marjorie’s comments have caused deep wounds to many and as a result, I offered Majority Leader Hoyer a path to lower the temperature and address these concerns,” McCarthy said in a statement, which he said Hoyer declined.

McCarthy did not describe the “path,” but a number of reports have said that he offered to remove Greene from the sensitive Education Committee and to place her on the Small Business Committee.

Greene has come under increasing scrutiny in recent days for her embrace of a range of fantastical delusions, including the recent revelation that in 2018 she blamed the Rothschild family for starting forest fires in California through the use of a space-borne beam. She has also endorsed calls on social media for the killing of leading Democrats.

Green’s embrace of the QAnon movement, which includes anti-Semitic themes, prompted a number of Jewish and pro-Israel groups to call for her removal, including several that generally align with Republicans: the Republican Jewish Coalition, Christians United for Israel and the National Council of Young Israel.

A number of leading Republicans have denounced Greene in recent days, but she has the backing of former president Donald Trump. Many in the party fear alienating Trump and the considerable portion of the base that still backs him. Greene joined Trump in spurring the protesters who engaged in the violent assault on the U.S. Capitol on Jan. 6. 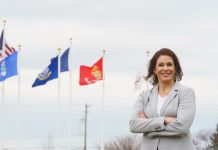 Congress Members Join Survivors in Reading Names of the Murdered 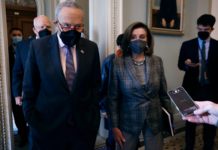