Citing the deadly Jan. 6 insurrection at the U.S. Capitol, the Anti-Defamation League says the threat of domestic terrorism is so serious that it requires a “whole of society” offensive, comprising federal and state governments and the tech sector.

The plan ADL launched Wednesday, simultaneously with its annual report on murders by extremists, calls on the Biden administration to convene a Preventing Domestic Terrorism Summit bringing together state, federal and private sector officials.

“On January 6, Americans watched as an insurrection fueled by violent conspiracy theories and white supremacy gripped the nation and attacked our democracy,” the report said. “This was a predictable act of political violence fueled by years of increasing extremism; the forces that led to the attack on our Capitol continue to pose a threat to American security and democracy.”

The ADL and other groups have faulted former President Donald Trump’s administration for playing down the threat from white supremacists and domestic terrorists. The Jan. 6 insurrection was spurred by Trump’s false claims that he and not Joe Biden had won the election.

The proposal calls for greater interagency coordination at the federal level and for states to designate officials that would work with the federal government in identifying domestic threats.

One ADL recommendation may draw scrutiny from other civil liberties organizations wary of government impinging on speech freedoms. The proposal calls on Congress to “investigate any complicity between social media companies and extremists, and make social media platforms more transparent and accountable for dangerous disinformation and misinformation.”

The proposal also calls for the identification of elected and other officials who identify with extremist groups like QAnon, the conspiracy movement that peddles false slanders, including some with anti-Semitic themes, and for the tracking of terrorist white supremacist groups overseas.

The report on murder and extremism said domestic extremists killed at least 17 people in the United States in 15 incidents in 2020, the lowest number since 2004. All but one of the murders were linked to right-wing extremism.

The low number is due to the absence of mass killings, the report said, and sounds a note of caution, saying that extremists remain active. “ADL has documented more than 4,500 incidents of white supremacist propaganda distribution in the U.S. in 2020, compared to only 2,724 in 2019.” 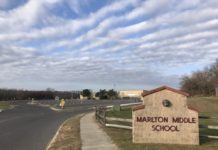