The Small Business Administration began accepting applications for the second round of Paycheck Protection Program loans on Jan. 11, as $284 billion in additional funds were made available to businesses and other organizations — with first dibs for those that did not receive money last spring.

The initial $349 billion was allocated within two weeks of the program’s launch last April, and organizations that received funds last spring were able to apply
beginning Jan 13.

For local Jewish nonprofits that successfully applied for loans during the program’s first iteration, the new round is a strange blessing. Though the loans allowed many Jewish nonprofits to make payroll and keep people employed at a time when such a feat seemed out of reach, the fact that such loans need to be made available a second time signify that the economic consequences of the pandemic aren’t going away soon.

“If we hadn’t had a PPP loan … we would have probably ended up depleting our entire endowment,” said Amy Krulik, CEO of the Kaiserman JCC.

After initially laying off 176 of its 178 employees, the JCC, which received a loan of about $466,000, was able to bring back 38 full-time employees less than a month later.
As unemployment spiked last spring, the loans were intended to help employers cover payroll costs, as well as health insurance, retirement benefits, sick leave and more.

According to publicly available data, 172,566 businesses and organizations in Pennsylvania received PPP loans from the SBA last spring, averaging $119,941 per loan. In Southeastern Pennsylvania, Jewish nonprofit organizations were among the successful applicants, scrambling in the confusing early days of the program to understand the terms and gather the necessary documentation in hopes of approval.

The Raymond and Ruth Perelman Jewish Day School received a loan of around $1.5 million to ensure that its staff would remain employed. The Jewish Relief Agency, Jewish Learning Venture and even the Messianic Jewish Alliance of America were all able to secure loans for their employees. The Jewish Exponent received PPP funds, too.

When the JCC applied for its loan last April, “We lived in the same fantasy world as everybody else,” Krulik said. “‘Oh, maybe we’ll be able to go back on, you know, April 7.’”
But now, almost a year later, businesses and organizations that missed out on the initial loans are lining up next to those that have exhausted their first loan.

The Germantown Jewish Centre, which received a loan of $351,100 last year, is applying for a second loan.

According to GJC President Dan Livney, the first loan allowed the organization to refrain from layoffs to give prorated refunds to parents for the time that their children missed in the Early Childhood Program. Such moves did more than allow GJC to operate in the short-term, Livney believes; it let the institution signal to its constituents that they were not being abandoned. It was a long-term investment in goodwill.

“It was obviously very helpful the first time, and being able to help the institution, being able to support the community, in terms of the parents, is important to us and the staff,” Livney said.

Jewish Family and Children’s Service of Greater Philadelphia received a loan of just under $1.5 million last spring. The social services organization, which serves Jews and non-Jews alike, was determined from the beginning to retain all of its employees at a time when they were stretched thinner than ever, serving an expanding client base remotely. The PPP loan, JFCS President Paula Goldstein said, helped the organization achieve that goal.

“That was very, very important to us,” Goldstein said. JFCS CFO John Sawyer added that the loan also allowed the organization to stay current on its rent and utilities.

Even so, JFCS was forced to close sites in Northeast Philadelphia and Elkins Park, but its finances are in a good enough place that it doesn’t qualify for this newest PPP loan.

“Which is good,” Sawyer said. 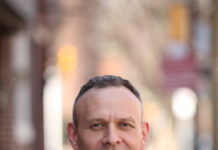 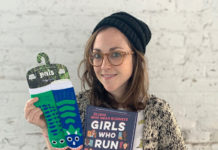 You Should Know… Hannah Lavon