First, I believe President Joe Biden’s plans to rejoin the Iran nuclear deal poses an enormous threat to the safety and even existence of Israel.

Second, I believe the Democratic congresswomen who are part of “The Squad” are contributing to a heightened climate of hatred of Israel and Jews.

During former President Barack Obama’s first term in office, Iran had allegedly been developing a nuclear program. So, various countries, including the United States, imposed crippling economic sanctions on the country. In 2015, Iran agreed to a deal that lifted these sanctions. This was the Joint Comprehensive Plan of Action, now informally known as the Iran nuclear deal.

The deal was a disaster for three main reasons: Iran did not comply and lied about it, Iran used its new access to the formerly frozen assets to increase its ballistic missile program, which now poses a threat to Israel, and Iran used these assets to also fund Israel-hating proxy militant groups across the Middle East.

In terms of Iran’s lack of compliance, in 2018, Netanyahu announced, according to the Daily Mail, that Israel’s intelligence services had documents that proved Iran secretly continued developing a nuclear program that violated the treaty.
In terms of how Iran used its new access to the once frozen assets, according to the Begin-Sadat Center for Strategic Studies, Iran used deal-acquired finances to strengthen its ballistic missile program. Also, in March of 2016, Iran tested ballistic missiles with the words “Israel must be wiped out” on them, as CBS News reported. So, Americans are naive to think Iran would never use its new ballistic missile power to attack Israel.

In terms of how Iran used funding from the deal to strengthen proxy groups that seek to destroy Israel, Nathan Sales, the former U.S. State Department’s top counter-terrorism official, averred in early 2020 that Iran gives Hezbollah $700 million and Hamas $100 million annually. These are funds that would be much harder to provide if the Iran nuclear deal had not made Iran so much wealthier.

Biden is reportedly going to settle for some version of this extremely flawed deal again.

Then there’s “The Squad,” the nickname applied to four female Democrat members of Congress, including Rashida Tlaib, Ilhan Omar and Alexandria Ocasio-Cortez.

When Biden announced his nominee for Secretary of State, Antony Blinken, who happens to be Jewish, Tlaib tweeted, “So long as he doesn’t suppress my First Amendment right to speak out against Netanyahu’s racist and inhumane policies. The Palestinian people deserve equality and justice.”

So Biden nominates a Jew to his cabinet and Tlaib automatically assumes he wants to suppress her right to speak out … because he is Jewish? This is anti-Semitism.

In March of 2019, Omar said at a public forum, “I want to talk about the political influence in this country that says it is OK for people to push for allegiance to a foreign country,” while speaking about the US-Israel relationship.

Jonathan Greenblatt, the CEO of the Anti-Defamation League, explained why Omar’s remarks were anti-Semitic: “Accusing Jews of having allegiance to a foreign government has long been a vile anti-Semitic slur used to harass, marginalize, and persecute the Jewish people for centuries.”

Last but not least, we have Ocasio-Cortez, who is affiliated with Democratic Socialists of America, which has voted to adopt the anti-Israel boycott, divestment and sanctions movement. BDS is anti-Semitic for many reasons, as CAMERA has outlined. But, for starters, a South African BDS leader alleged in March 2020 that COVID-19-related materials were not printed in Arabic, which was false. This is blatant anti-Semitism.

I am a student at the University of Pennsylvania. When I pitched this op-ed topic to my classmates and explained that I fear these congresswomen and their potential abilities to push the Democratic Party to hate Israel even more, one classmate told me to “be careful because my argument sounds Trumpian.”

These congresswomen have normalized hating Israel and Jews so much so that I am now considered a “Trumpian,” and completely ostracized by my peers, for expressing my concerns for Israel and the anti-Semitic rhetoric these women are spreading.
I am not a “Trumpian.” I am a proud Zionist Jew who feels like my party, the Democratic Party, has taken a turn for the worse.

Sophia Rodney is  a student at the University of Pennsylvania. 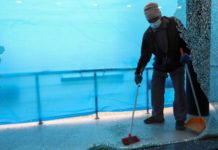 Why Were the Polls Wrong — Again? The 2020 Election, Dissected