The final book published by Rabbi Jonathan Sacks before he died in November is the Jewish Book Council’s top book for 2020.

“Morality: Restoring the Common Good in Divided Times,” published in the United States in September, was awarded the Everett Family Foundation Book of the Year when the Jewish Book Council announced its 2020 National Jewish Book Awards.

Sacks shared his vision for a moral future — one that he said would include an end to “cancel culture,” changes in Israeli policy and more encounters with people who hold different views — in an interview with the Jewish Telegraphic Agency last summer.

Among the dozens of other new books drawing top honors was Rabbi Art Green’s “Judaism for the World: Reflections on God, Life, and Love,” which won the Myra H. Kraft Memorial Award for best book about contemporary Jewish life and practice. Green spoke to JTA last fall about his undeterred vision for a robust contemporary Jewish spirituality.

Magda Teter, a historian who teaches at Fordham University, won the The JDC-Herbert Katzki Award for books based on archival material for “Blood Libel: On the Trail of an Antisemitic Myth.” She spoke to JTA multiple times during 2020 about the ways that the blood libel theme could be detected in the conspiracy theories reshaping American politics.

The top children’s book of 2020, according to the Jewish Book Council, was “Welcoming Elijah: A Passover Tale with a Tail.” The book, about a cat that appears on a boy’s doorstep during his family’s Seder, also won a Sydney Taylor Book Award from the Association of Jewish Libraries this week.

Among the award-winning novels were Colum McCann’s “Apeirogon,” set in Israel and Palestine, and Max Gross’ “The Lost Shtetl,” about a Jewish village in Poland that the Nazis neglected to visit. McCann, who is not Jewish, told Kveller last February about the real grieving fathers who inspired his novel. Gross told Alma in October about his writing process, where he drew inspiration and what he considers Jewish fiction.

The year’s Jane and Stuart Weitzman Family Award for cookbooks and food writing was “And Now for Something Sweet,” by the Monday Morning Cooking Club, a group of six Jewish women who have been collecting recipes reflecting the diverse traditions of Australian Jews for years. They spoke about their project with The Nosher in 2017, on the occasion of their third cookbook release.

The full list of 2020 National Jewish Book Award winners and finalists can be found here. A virtual ceremony to honor the winners will take place April 12. 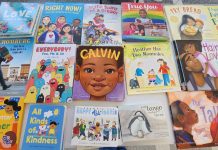 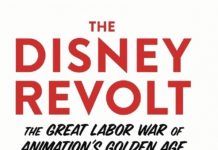 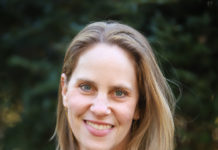