While we wrote many stories about beloved community institutions shuttering for good (both due to the pandemic and more run-of-the-mill challenges), we also found several new ventures inspired by, or operating in spite of, a new reality.

So what opened for the first time in 2020, and what didn’t survive the year? 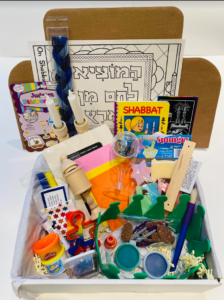 “It actually went from being just Shabbat and Havdalah to Tu B’Shevat, Purim and Mitzvah Mania,” she said. 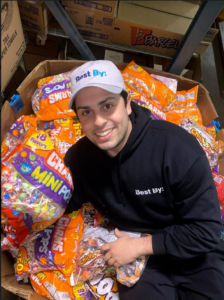 Best By
Max Levin founded Best By in 2020 after his family’s wholesale business was left with a backlog of perishable food when restaurants shut down in March. He started selling items with short shelf lives directly to consumers at significant discounts. Since then, the company has expanded to offering next-day delivery in the Philadelphia area for toys, outdoor supplies, groceries, beauty products and other items that are being liquidated by manufacturers.

“Our core competency is perishables, but we are evolving into different opportunities,” Levin said.” 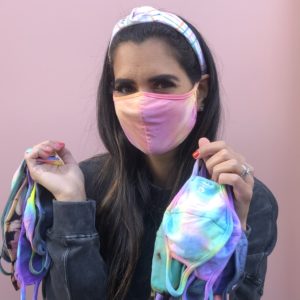 Shemesh Shop
Shani Klein opened her online store, Shemesh Shop, after a neighbor admired a tie-dye project she was doing with her kids over the summer. In addition to personalized shirts, hats and beach blankets, Shemesh Shop, which is named for the Hebrew word for “sun,” stocks colorful cloth face masks.

Klein, a speech pathologist, added items to her inventory over the holidays, including hand-dyed beanie hats and curated gift sets.

“Although the shop is still young, I’ve had a lot of returning customers and that means so much to me,” Klein said.

Buddha Babe
While 2020 was the year of the online pivot for many business owners, Tina Dixon Spence opened her brick-and-mortar baby goods store, Buddha Babe, in November after running her online-only boutique for babies and toddlers for six years (her products are still available online).

Ilyan Jewelry
Gemologist Amy Fink used her connections and experience working in New York’s Diamond District for 25 years to create a new business with friend Kimberly Kimmel, a fellow Akiba Hebrew Academy (now Jack M. Barrack Hebrew Academy) alum. Ilyan Jewelry, named for Fink’s children Ilana and Ryan, offers a curated line of rings, bracelets, necklaces and earrings for appointment-only shopping at their showroom office in Haverford. Fink said business was good during the holidays, and she and Kimmel are looking to grow the company through their website and word-of-mouth.

For Noshing: New Eateries and Pop-Ups
Baking became a quarantine pastime, and some Jewish bakers took it a step further, using their new skills to fuel new business. Chef Yehuda Sichel, formerly of CookNSolo’s Abe Fisher, opened his sandwich shop, Huda, and started serving sandwiches on his signature milk buns. Couple Ran Betite and Yael Cooperman sell sourdough, challah and Iraqi-Israeli treats inspired by Betite’s grandmother at their pop-up, Metuka Freshly Baked. Jacob and Alexandra Cohen started Kismet Bagels and produce close to 2,000 “New York on the inside, Montreal on the outside,” bagels every week. And Wharton student Ben Berman founded Good Pizza, delivering his homemade pies by lowering them to customers from his Center City apartment window.

Special Mention: Grassroots Food Truck
After six years of setbacks, former Penn Hillel chefs Troy Harris and Kareem Wallace launched the Kosher Grassroots Food Truck in November and started offering a delivery service in December. Harris and Wallace are not Jewish, but their business, also known as the Chosen Mitbach, caters to the Jewish community.

Mama’s Vegetarian
Kosher diners and falafel fans throughout Philadelphia mourned the loss of Mama’s Vegetarian, a Center City institution that offered Middle Eastern classics at an affordable price point. This was not a pandemic-related loss; the restaurant technically closed in August 2019 due to disruption upstairs caused by renovations by the landlord, but owner Haviv David announced it would close permanently in June 2020 after the landlord declined to renew the lease.

Barclay Caterers
The pandemic has been especially hard on the entertainment and events industry. In June, Barclay Caterers, one of the go-to kosher catering companies in the Philadelphia area since 1966, announced on Facebook it had been forced to close for good. The post elicited an outpouring of sadness from patrons.

Repair the World Philadelphia
Philadelphia’s chapter of the Jewish social justice nonprofit Repair the World closed in July after seven years. The national organization made the decision to close the local office due to the financial difficulties of the pandemic. Philadelphia Repair offered community engagement programs, volunteer opportunities and service and education fellowships.

Special mention: South Philadelphia Shtiebel
South Philadelphia Shtiebel left its prayer space on Passyunk Avenue in August — the small organization couldn’t afford to spend so much money on a storefront while they weren’t meeting in person. Rabbanit Dasi Fruchter is still offering virtual programming and even built a sukkah for limited numbers of occupants at her home in the fall.

“With start-ups, we have flexibility to adapt and innovate so quickly, on a dime,” she said.