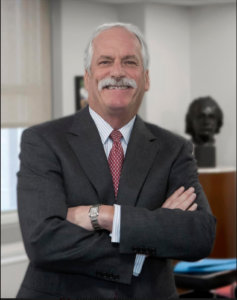 Some people retire when they feel their career has reached a natural stopping point, but nothing about 2020 felt natural for Barry Freedman.

The president and CEO of Einstein Healthcare Network was hospitalized twice for respiratory issues in the past two years, so he spent a large part of his last year at Einstein working from home.

The coronavirus pandemic has strenuously tested medical centers like Einstein, but Freedman said seeing his staff’s response to the crisis and the heroism of front-line workers actually makes him feel better about his Dec. 31 retirement.

“If I hadn’t seen how well our team performed during this pandemic, and if I didn’t know how great a leadership team exists there both clinically and administratively, it would make it hard,” he said. “But I know the team has such capability that I don’t worry about the institution. I can leave with the comfort that they will continue to do very well going forward without me.”

Freedman, 72, has worked at Einstein for 18 years and in health care for 49. He was president and CEO of the Mount Sinai Hospital in New York prior to taking his position at Einstein. Back then, he never imagined leaving New York, but found himself drawn to Einstein’s mission as well as Philadelphia’s arts, culture and community.

Looking back on nearly two decades leading the network, Freedman is especially proud of overseeing projects that represent its mission to serve communities in need.

One was an early expansion of the obstetrics department. Between the late ’90s and 2010, hospitals in the region were losing money, and 17 closed their obstetrics services as a result.”
“I went to the board and talked about the implications of that to a community like ours, where that is such a vital service,” he said.

Rather than closing Einstein’s obstetric services, the board authorized a $10 million investment to provide more beds and expand the capacity of labor and delivery rooms, particularly for underserved populations near the Broad Street location.
He also oversaw the revamping of Einstein’s rehabilitation facilities.

“When I arrived in 2003, one of the first things I discovered was that rehabilitation, which has national acclaim, was housed in a facility that, I would guess there were four patients in a room, there were no bathrooms in the room, the building was 50, 75 years old at least. And here we had this superb rehabilitation service and capability amongst the worst facilities and terrible accommodations I could imagine,” he said.

The board then discovered an opportunity to acquire a hospital in Elkins Park less than five miles from the Broad Street location, which allowed them to relocate the rehabilitation program into a much larger space and expand research and outpatient services. The MossRehab facilities now serve North Philadelphia as well as patients in Montgomery County.

A third major project was Einstein’s merger with Montgomery Hospital Medical Center. The latter did not have the ability to expand on its own, so Einstein acquired the building and created Einstein Medical Center Montgomery to serve the Norristown area and expand its market presence.

“We thank Barry for his tireless efforts and strategic vision over the past two decades,” said Lawrence Reichlin, chairman of the Board of Trustees and the Board of Overseers for Einstein. “His leadership has been essential to Einstein realizing its mission and vision to provide high-quality care to the communities most in need.”

Freedman, who served on the boards of the Jewish Exponent and Congregation Rodeph Shalom, is happy to have created a strong culture at Einstein during his tenure, one where co-workers feel like family.

“Crystallizing our mission and having everybody buy into that helped, but I also think being open and transparent and being a good listener helped,” he said. “If you don’t have a participatory style, I don’t think you ever get to the kind of culture that we have at Einstein, which is, I think, my most important legacy.”

Einstein’s Board of Trustees appointed Ken Levitan to serve as interim CEO when Freedman departs. Levitan has worked at Einstein for more than 13 years, and most recently served as executive vice president and chief administrative officer and as the lead of the Incident Command Center during the COVID-19 pandemic.

Freedman has promised himself not to overcommit during the first six months of retirement, when he wants to focus on establishing a regular workout routine. He also plans to continue to help the Board of Trustees at Einstein on special projects and stay involved with some national health groups, including America’s Essential Hospitals, Health Partners Plans and the Healthcare Institute. He wants to give back by continuing to mentor health care professionals and organizations in need of guidance.

“I’ve been fortunate and blessed to have wonderful positions and to have benefited from that,” he said. 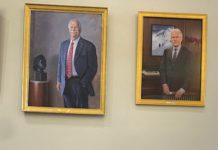 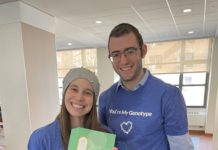 Local Community More in Tune with Genetic Testing Because of COVID 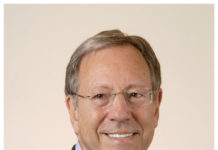