In the wake of this year’s Christmas season, my 4-year-old has announced that he wants to be Santa for Halloween. I know that’s a long time from now, but what’s your advice for this Jewish mom?

Even during these isolating times, Santa imagery is pervasive, so it makes sense that it’s made its way into your son’s worldview. But for a 4-year-old, especially one who has lived nearly a quarter of his life during a pandemic, Halloween could just as easily be tomorrow or two years from now. I would not expect him to stick to this or even remember it by the time October rolls around.

Saying he wants to be Santa for Halloween is a developmentally appropriate way for your son to show his interest. Halloween aside, Jewish kids ask questions about Santa, so it’s a good idea for you to be prepared for how you want to attend to his general awareness of Santa as a concept.

I would address his curiosity as it comes up rather the specifics of whether this would make a good costume. Ask him what he thinks of Santa, where he learned about him and other neutral questions. It seems more than likely, though, that as Christmas fades, so will his interest in Santa, at least until next December.

If his interest is not fading, or if you want to lean into this, Purim is much sooner than Halloween. I’d love to see an adorable 4-year-old Santa at Megillah reading (or, I guess this year, at a virtual Megillah reading). A popular Purim costume I’ve seen is the “Esther Bunny,” and irreverence is part of the holiday, so there’s really no downside.

Santa is too popular and too much a part of the dominant culture to be considered appropriation, and a red sweatsuit is easy enough to acquire. If it goes well, sure, maybe he’ll get a second use out of it in October, but I wouldn’t count on it.

Wearing costumes is part of imagination and playing pretend and trying out identities. Humans of all ages do it all the time, and it’s a beneficial outlet, especially for young kids, and especially at a time when so many other expressive outlets have been taken away.

Finally, in the midst of your concern about how to handle this costume request, please do not lose sight of the fact that this is hilarious. If it happens, please send pictures. 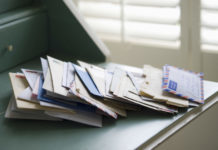 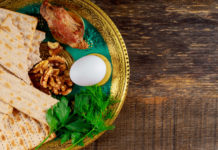