A court in Paris has convicted one man of being accessory to murder in the 2015 jihadist terror attacks on the Charlie Hebdo satirical magazine and the Hyper Cacher kosher store.

In addition to Ali Riza Polat, a 35-year-old French citizen of Turkish descent, three others on trial since September for the attacks were convicted Wednesday of the lesser offense of being a part of a terrorist enterprise. Polat was sentenced to 30 years behind bars, Le Monde reported.

The four men were among 14 people on trial in connection with the terrorist assaults in January 2015, whose actual perpetrators were killed after jointly planning the attacks.

Brothers Said and Cherif Kouachi carried out the attack on Charlie Hebdo and were killed there after murdering 12 people. Their partner, Amedy Coulibaly, killed four at the kosher store two days later before he was shot dead by police. Coulibaly also killed a police officer.

Polat and the others — Nezar Pastor Alwatik, Amar Ramdani and Willy Prevost, who received sentences ranging from 13 years to 20 years — were prosecuted for providing the killers with the necessary weapons, equipment or intelligence to carry out the attacks.

Another six defendants were convicted of belonging to a criminal enterprise without the aggravated element of terrorism. 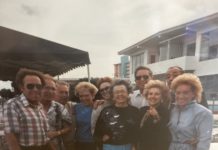 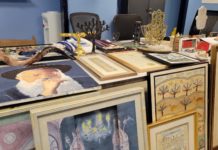