“I am a grandson of Holocaust survivors. My grandmother had a number tattooed on her arm and what she told me I will never forget. We cannot forget the atrocities of the Holocaust,” Wajngarten said.

The memorial’s tower is divided into 10 parts, representing the Ten Commandments. At its base, the sentence “Thou shalt not kill” is written. A large underground space houses a high-tech interactive exhibition area.

“Indifference is the greatest danger for humankind. All of this was due to indifference. Not remembering the Holocaust means killing these people again,” said Fux, a Rio-born grandson of Romanian Jewish refugees who became the first Jewish president of Brazil’s highest court earlier this year.

The memorial is located the peak of the Yitzhak Rabin park, which was itself inaugurated by the widow of Israel’s murdered prime minister, Leah Rabin, in 1996. The venue offers a breathtaking view of the picturesque Sugarloaf mountain.

“Our intention is that public schools can make constant visits to the memorial, so that students of the municipal and state network will know better what the Holocaust and the Nazi regime were,” she said.

The Berghers’ son Ary, a former president of the Rio Jewish federation, reminded those at the event of his father’s 30-year dedication to building the memorial.

“He fought to leave a legacy for humanity. The memorial is a dream come true,” Ary Bergher said.

The memorial is expected to host national and international exhibitions with themes that concern the defense of human rights, tolerance and humanism. It will work in cooperation with other major institutions of its kind, including Holocaust museums in Jerusalem and Washington, and the Anne Frank House in Amsterdam.

“It’s my hope that this new memorial will serve to strengthen awareness of the Holocaust to this generation and for generations to come,” Netanyahu said.

Rio mayor Marcelo Crivella, a fervent Evangelical Christian and a longtime right-wing pro-Israel friend of the Jewish community, laid the memorial cornerstone in 2017.

“Today, the City of Rio de Janeiro is magnified, dignified, ennobled, and redeemed from the absence of a just tribute,” Crivella told the Jewish Telegraphic Agency on Monday. 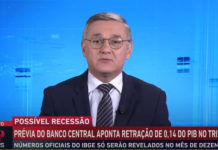 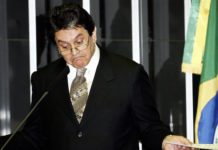