Share
Facebook
Twitter
Pinterest
Linkedin
ReddIt
Tumblr
Mix
Email
Print
A young woman’s Cuban Jewish mother forbids her from dating a non-Jewish Puerto Rican boy. A Chinese Jewish writer encounters racism during a meeting that could launch his career. An adopted Black Jewish girl is embraced by her parents but rejected by her aunt.

These are just some of the stories in “True Colors,” a play about the ethnic, racial and cultural diversity of the American Jewish community.
Theatre Ariel in Merion Station partnered with The Braid, the Los Angeles-based Jewish theater company formerly known as Jewish Women’s Theatre, which created the play, as well as with Jews in ALL Hues to bring a virtual production of the performance to the second salon of their season on Dec. 3.

The show features actors Brie Eley, Heidi Mendez, Joshua Silverstein, Katherine Washington and Kimberly Green performing monologues written by Jews of color about their experiences with race, love, family and faith. The monologues are interspersed with musical performances by Washington and Silverstein.

Some of the play’s characters are born to families who can trace their Jewish ancestry back for generations. Others are adopted or convert to the faith. Some have two Jewish parents, others have one — or zero. They all share their experiences searching for community as a part of a minority within a minority.

One actor, Silverstein, also contributed his own monologue for the play. In addition to portraying a Black man from Michigan who is raised Baptist and converts to Judaism when he starts dating a Jewish man in “Sabbath Peace,” Silverstein performs as himself in “Special.”

The comedic monologue narrates how his reliance on his identity as a lone Black Jewish “unicorn” to provide him with a sense of self morphs into something more wholesome and loving when he joins a community of other Jews of color as a young adult.

There are common threads running through each of the stories: questions about identity, experiences with racism inside and outside the Jewish community, and a desire to find one’s place in the world. A particularly heartwarming theme is the presence of supportive non-Jewish family members and partners in the subjects’ lives. Many non-Jewish parents of Jewish children in the play support the cultural and religious upbringing their Jewish spouses desire for their kids with love and enthusiasm, even if they do not convert themselves.

In “The Men in My Life,” written by Marissa Tiamfook Gee, Green portrays a woman whose non-Jewish Black father hosts Passover seders and oversees her Jewish education after the death of her white Jewish mother. She later marries a non-Jewish man who makes her a tallis out of one of his treasured family heirlooms.

In “Beit Din,” written by M. A. Hosein, Eley plays Monique, a Black woman converting to Judaism who consults her rabbi about dating a non-Jewish psychiatrist. After realizing they share the same values, the couple gets married and decides to raise their daughter Jewish.

After the performance, Theatre Ariel’s founding artistic director Deborah Baer Mozes and playwright Jesse Bernstein hosted a Q&A session with the actors, director Susan Morgenstern and a selection of writers who contributed to the play.

Several of the writers and story subjects spoke about what it was like to see the actors portray their experiences in front of an audience.

“I literally felt like it was me speaking. It just felt so surreal, very touching. I had tears in my eyes,” Tanya Gold said. She was featured in her sister Gee’s monologue, “The Men in My Life.”

Maria Ramos-Chertok wrote a story performed by Mendez about her experience growing up as the daughter of a mother who converted to Catholicism from Judaism and a Catholic Cuban father.

“All of these stories were like, ‘Oh, these are my people!’” said “I related to every story, different aspects of every story. And it just made me feel less alone.”

Mozes expressed gratitude for the partnership that made the performance possible and pointed out that it never would have happened if not for the pandemic.

“I truly believe this is a really important work of theater, particularly for this moment in time, in American discourse,” she said.
There will be additional screenings of “True Colors” on Dec. 12 and 13, and tickets are available at theatreariel.org/single-tickets-2020. 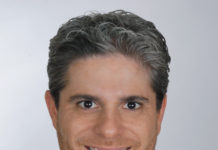 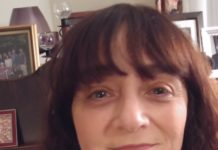