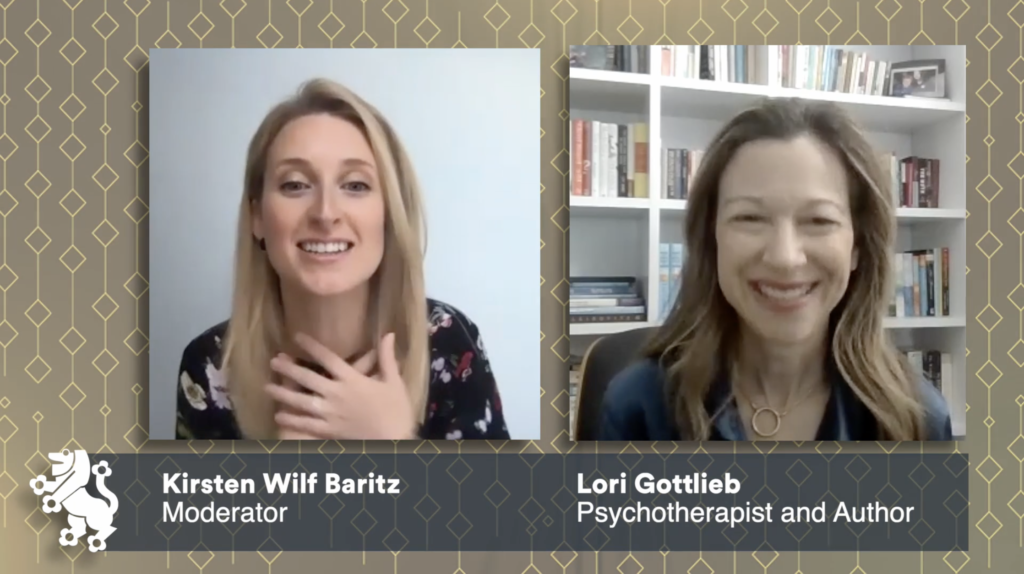 New York Times bestselling author and psychotherapist Lori Gottlieb headlined the Virtual Lion of Judah Celebration on Dec. 3, detailing her own journey with therapy, as well as her experiences with four patients dealing with an array of personal issues.

Lions of Judah, an international organization of more than 17,500 women, is a network of women who have each made a commitment of at least $5,000 toward their local Jewish Federation. The Philadelphia contingent had more than 200 Lions registered for the celebration, an annual occurrence that would have typically taken place at a lively event space. Past affairs, like a 2013 luncheon at the Arts Ballroom, have raised more than $1 million.

Gottlieb, in conversation with local book blogger Kirsten Wilf Baritz, was an obvious choice to address the women, according to Kelly Dash, event co-chair. The combination of her interests as a therapist and as a Jewish woman, plus her name recognition to the women organizing the event, brought her into Lion living rooms. Gottlieb’s appearance was made possible by a donation from Joan Garde.

The topic of discussion was Gottlieb’s 2019 memoir, “Maybe You Should Talk To Someone.” Part of the reason for the popularity of the book, Gottlieb said, was that she didn’t clean herself up for publication.

“It’s so real, and authentic and relatable,” Gottlieb said, Baritz saying the last one with Gottlieb at the same time.

The two women discussed Gottlieb’s thoughts on the difference between presentation and reality, and how to keep oneself grounded during the pandemic.

Gottlieb’s talk, and the whole celebration, was introduced by Jewish Federation of Greater Philadelphia Chair of Women’s Philanthropy Julie Savitch. Savitch, joking that she had still decided to wear makeup and heels despite delivering her speech from a Jewish Federation board room, kicked off the evening with a litany of thank yous, underlining how much she was looking forward to the day that the Lions could roar together again, in person.

“Next year in a ballroom?” Savitch asked, hopefully.

The Virtual Lion of Judah Celebration closed with a short thank-you from Dash, who directed the Lions toward some of the real fun for the evening: a chance to catch up with Lions that they haven’t seen since the spring in virtual breakout rooms.

“Seeing the whole event come together, it was really cool,” Dash said. “I would love to see it again.”