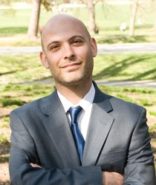 (JTA) — Americans are in desperate need of some common ground. That’s why, this year, Thanksgiving isn’t coming a day too soon.

No matter our political views, our religious beliefs, or if we hail from the reddest rural regions or bluest urban areas, on the fourth Thursday of November, Americans will step outside their daily routines to partake in this beloved national holiday.

True, we mark Thanksgiving in many different ways. For some, expressions of gratitude to God take center stage, while others celebrate more secularly. Some watch football religiously, while others prefer the Charlie Brown special. Some stick to the holiday’s traditional menu, while other families augment their turkey dinners with dishes reflecting their own particular cultural backgrounds — and vegetarian Americans might opt for a tofurkey.

In many respects, Thanksgiving is to Americans what Passover is for Jews. And both holidays build bridges across deep divides.

American Jews are not immune to the same forces that are setting Americans against one another. It can sometimes be difficult for American Jews to remember that we are one people, especially when religious differences increasingly overlap with a sharp political divide. Yet the fact that every Passover we all still gather around Seder tables to recount the same story reminds us that we share a past and — we hope — a future. (Next year in Jerusalem!)

Indeed, attendance at a Passover Seder is one of the most widely practiced Jewish observances among American Jews. Yes, some families may make amendments to the Seder plate that would vex some of their fellow Jews, but like turkey at Thanksgiving, you can safely assume that you will find familiar items on any Seder table. And while we might use different haggadot — ranging from traditional to liberal to nontheistic to social justice-themed — Jews of all backgrounds find a common touchstone in our ancestors’ Exodus from Egypt.

While Passover is the origin story of the Jewish people, Thanksgiving brings us back to the beginnings of America. Both holidays recount mythically powerful moments at the dawn of a new nation, recalling how, with the help of Providence, a people was delivered from a narrow place. For Passover, it was the redemption from slavery in Egypt; for Thanksgiving, a bountiful harvest that averted the threat of famine in an unforgiving new land. Freedom from bondage, and freedom from want and fear.

The parallels don’t stop once the tables are cleared: What did the ancient Israelites do with their newfound, God-given freedom? They worshipped a golden calf. And what is our national ritual after our day of giving thanks? Black Friday sales. (Moments of transcendence are, as ever, ephemeral.)

Thanksgiving has been a special gift to American Jews. It is a secular national holiday that, in a predominantly Christian country, Jews (and other religious minorities) could embrace with enthusiasm and, in doing so, feel fully American.

Yet for all that we have gained from Thanksgiving, American Jews are also well-positioned to give something back.

Historians point out that the popular Thanksgiving story that many of us learned as children is not exactly how things happened back at that “First Thanksgiving” in 1621. Many would also note that the traditional Thanksgiving story elides the larger context of horrors inflicted upon Native Americans by European settlers.

American Jews are no strangers to navigating the tension between history and memory. In 2001, the eminent Conservative Rabbi David Wolpe stirred controversy when he spoke to his Los Angeles synagogue about how the biblical account of the Exodus is not supported by the archaeological record. But as Wolpe has noted, Jews should not fear historical knowledge.

“The Torah is not a book we turn to for historical accuracy, but rather for truth,” he would later write. “The story of the Exodus lives in us.”

Similarly, Thanksgiving over the centuries has accrued rich meanings that we carry with us beyond what is known about that small celebration at Plymouth. Amid our current culture wars over the American past, perhaps we can find a better balance between history and narrative when it comes to Thanksgiving. Grappling honestly with history as it actually unfolded, and reckoning with the perspectives of Native Americans — who have struggled with what Thanksgiving should mean to them — need not diminish, and could indeed enrich, our observance of the holiday.

Just as Jews argue around the Seder table about Passover’s themes, Americans are unlikely to reach a consensus as to what Thanksgiving should mean. But it is still our common heritage, one that each year we share, appreciate and wrestle with.

This year, Thanksgiving presents unique challenges. In the midst of a deadly pandemic, we are not able to gather as usual with family and friends. Large, non-socially distanced gatherings of the sort that the Pilgrims hosted at Plymouth or the Israelites had at Sinai are out of the question.

But as we wander through the wilderness of post-election acrimony, this Thanksgiving has a special importance: Whether in small groups around our dining room tables or in continent-spanning Zooms, we would do well to remember the many blessings that we as Americans enjoy together.

Daniel Treiman is a former managing editor of JTA, where this piece first ran.