Israeli Prime Minister Benjamin Netanyahu’s cabinet announced approval for construction of a new town in the Sdot Negev region on Nov. 8, allocating 1 million shekels for development of a new “settlement,” as the mayor referred to it, to be called Hanun. Located in the Gaza border region, south of Sderot, Hanun will be home to about 500 new households.

The project of creating Hanun has been in the works since 2014, and has a strong Philadelphia connection.

Since 1997, the Jewish Federation of Greater Philadelphia has worked with the Netivot-Sdot Negev region, sending 350 yearly visitors and over $10 million to support educational and cultural enrichment. According to Tamir Idan, mayor of the Sdot Negev Regional Council, the 30% growth in the region’s population and ensuing popularity as a new destination for families is “directly related” to Federation support.

“This is one of the most exciting and historic decisions in recent years in Israel in general, and all the more so in our area,” said Idan. “Only in a few years will we know the consequences of this Zionist decision on the map of settlement in the Land of Israel and in the State of Israel, as well as on the resilience of the residents of the area.”

Back in 2014, following the conclusion of Operation Protective Edge, Idan and others in the Israeli government worried about how they would persuade residents of the Gaza border towns to remain where they were. For six years, Idan has worked with the government to make Hanun a reality, powered by a belief that the settlement would be expressive of the country’s values, and by a sense of responsibility.

“We believe that we have a duty to lead the region forward, to make sure that people will want to come and live here and to take care of developing education, culture, sports and other areas of life,” Idan said.

Michele Levin, chair of the Committee for Israel and Global Strategy at Federation, said that the committee was pleased to see that the quality of life in the Sdot Negev region was such that families are electing to move there in greater numbers. Significant resources have been put toward the end of convincing Israelis that an area in the direct periphery of the Gaza border could have a future for them. Federation has helped to build cultural venues like The Kaiserman Ethiopian Center, Annabel Lindy Cultural Center, the Tannenbaum Music Conservatory, and Saligman Early Childhood Education Center. They have also contributed to projects that confront the reality of life in the Gaza border region, like upgraded community bomb shelters and first responders’ equipment.

The construction of Hanun, she believes, is an indicator that those resources have been put to good use.

“That’s a proud point for Jewish Federation in Philadelphia, because we really help support the quality of life in the region,” Levin said. According to Idan, a substantial waiting list for homes in Hanun has already begun to form.

“The establishment of the new settlement is the highlight,” Idan said, “but we must know that alongside this we also develop the existing settlements, upgrade infrastructure in the public areas, build advanced sports fields, and of course, continue to build and expand the settlements in order to absorb young families joining existing families in the Sdot Negev Regional Council.” 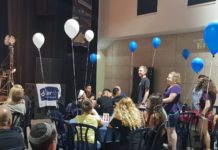 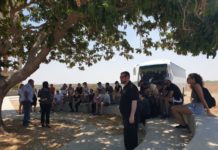 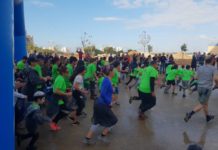