For me, involvement with the state of Israel was prenatal. Even before I was born, right around the time of Israel’s founding, my family was involved in raising funds and support for the Jewish state in its infancy. My father — who left Germany, but whose family lost many in the Holocaust — purchased some of the earliest Israel bonds, determined that our family should do its part in helping to protect and preserve the homeland that so many had fought for. It is a calling that I have carried with me my entire life.

Growing up, all of the adults around me were involved in the cause, and I remember distinctly hearing from them about “the greats” — people like Prime Ministers David Ben-Gurion and Menachem Begin — who were instrumental in Israel’s history from its earliest and most turbulent years. The Israel Bonds leaders who I met knew the greats firsthand, and through their stories, I felt like I knew them, too. I always felt that I was in the right place at the right time. Hearing their thoughts and learning about their experiences imbued me from an early age with the desire to have just as great an impact through my own involvement.
I got my start early. After becoming involved with Development Corporation for Israel/Israel Bonds — the organization that generates investment in the Jewish state — I can remember early rallies and events, where speakers would go around the room “card-calling” to get attendees to announce investments in bonds. There I saw that it is not enough to merely show your own support for Israel, it is also critical to take the lead in encouraging others to support Israel as well.

It was around this time that I met Sam Rothberg, legendary businessman and philanthropist, and one of the greats in his own right. Sam and other leaders took me under their wing, mentoring me in politics, leadership and the difficult but essential work of generating support for and investment in the Jewish state. For a woman in her twenties, it was the opportunity of a lifetime to benefit from their knowledge and experience, and to be guided by their kind spirit. One day, I thought, I can pass this same wisdom on to the next generation. I can be someone else’s Sam Rothberg.

Over the years since then, I have been to Israel more than 100 times. I met my husband there, through Israel Bonds, thousands of miles away from our respective homes — he was from Philadelphia, and I am a lifelong Baltimorean — but feeling very much at home in Jerusalem. My involvement in Israel Bonds leadership steadily grew, as I applied the lessons I had learned from Sam, Alice Peerce and so many other of the greats I had been studying.

It was a time when, despite significant progress, women were still locked out of opportunities and barred from leadership roles across the board, whether implicitly or explicitly. I was determined to change that. Together with countless other women in sectors across society — business, education, politics, you name it — I began asserting myself more, not waiting for opportunities to be handed to me but seizing them when they arose. This is how I became the first woman national chair of Israel Bonds in the late 1990s, responsible for driving outreach and support for Israel Bonds. It was a mission that I took with the utmost seriousness.

Together with my friends and colleagues in the Bonds organization, we found new and exciting ways to get the word out and bring supporters in. This included holding a Bonds event in Palm Beach, Florida, where the iconic Shimon Peres spoke — his first-ever appearance there — as well as an event honoring the Holocaust survivors of Schindler’s List that featured Steven Spielberg and Elie Wiesel. Between these and countless other initiatives, we found success in reaching investors while I personally had the opportunity to become close with the greats that I have spent my life emulating.

Perhaps nowhere was this more meaningful to me than when I found myself, some years ago, having tea at former Prime Minister Golda Meir’s house in Israel. Retired from public office, Meir hosted several of us at her home, where we ate, drank tea, listened to her stories and learned lessons from her storied life. It was a moment I will not forget, and one that crystallized to me just how important the work of supporting and defending the Jewish state is through my involvement with Israel Bonds.

Now, Bonds is turning 70. On the organization’s 70th anniversary — which dates back to its original founding conference in September 1950 — it has succeeded in helping to build up the Jewish state to the technological and economic juggernaut that it is today, but the work is far from finished.

When I look at young people today, who are confronting a number of daunting challenges — not least of which is the pandemic ravaging both the U.S. and Israel — I see in them the same potential and capacity to make the change that Sam Rothberg saw in me all those years ago. Young people do not know a world without the state of Israel, and it is up to all of us to continue to strengthen and support Israel, and reflect on how important our continued support and involvement is for future generations.

Susan Weikers is a member of Development Corporation for Israel/Israel Bonds’ National Campaign Advisory Council and treasurer of Association for Development of Israel, Inc. International board of directors. 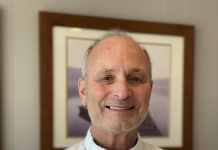 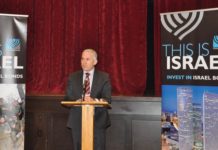