Madison Cawthorn, the 25-year-old Republican in western North Carolina who posted selfies from a vacation at Hitler’s retreat in Germany, is headed to Congress.

Cawthorn was heavily favored to win the House race in his solidly Republican district after upsetting the candidate endorsed by the seat’s former occupant, President Donald Trump’s chief of staff Mark Meadows, in June. But Cawthorn faced a number of controversies during his campaign, including inconsistencies in his biography, allegations of sexual assault and criticism of his 2017 vacation.

During that vacation, Cawthorn posted on Instagram that visiting Hitler’s Eagle’s Nest retreat was on his “bucket list.” In captions, he called Hitler “Führer,” a term of reverence, and said the experience “did not disappoint.”

He briefly took the photos down after the website Jezebel reported about them and other signs that he might be associated with white supremacists, such as the name of his real estate company. But he later made them public again and appeared to brush off criticism from liberals who said the pictures should disqualify him from elected office.

He redoubled that attitude in his final tweet on Election Day, shortly after the race was formally called for him. “Cry more, lib,” he wrote.

Seen as a potential rising star in Trump’s Republican Party, Cawthorn spoke at the Republican National Convention just weeks after the Eagle’s Nest photos broke into public view. He will be the youngest member of Congress when he takes office in January. 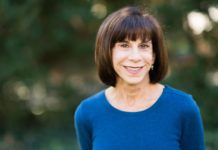 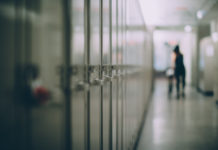