Steven Baruch’s father was arrested by the Gestapo on Nov. 10, 1938, but that’s not what upset him the most about the Nazis’ rise to power.

“At the time, my father was more hurt probably by the fact that people he had known his whole life no longer talked to him. Really, that’s what hurt him the most,” Baruch said during a Facebook Live panel commemorating the 82nd anniversary of Kristallnacht.

The Philadelphia Holocaust Remembrance Foundation partnered with the Nathan and Esther Pelz Holocaust Education Resource Center in Milwaukee and the Wassmuth Center for Human Rights in Boise, Idaho. to create “The Spiral of Injustice – Kristallnacht, ‘The Night of Broken Glass.’”

The week of programming featured film screenings, webinars and panel discussions about the German pogrom that destroyed hundreds of Jewish businesses and synagogues, culminated in a mass roundup of Jews and is widely considered to be a turning point that marked Germany’s transition from anti-Semitic rhetoric and policy to acts of violence and destruction.

For the Oct. 28 event “Were There Signs?” Sam Goldberg, director of education at HERC, moderated a discussion with Baruch and Betsy Maier Reilly, another second-
generation survivor, about what their parents experienced that fateful night.

Both speakers emphasized how normal their parents’ lives were before the Nazis came to power. Baruch’s father was from a small town in Germany, where his family owned a dry goods store.

“My father was a very assimilated German, in many ways. He really felt he was a German at heart, and knew he was Jewish, and didn’t deny that. But his life, basically, was a normal German Jewish person’s life,” he said.

Maier Reilly displayed pictures of her parents spending time with friends at parties, playing soccer and relaxing on vacation, images that, with a little color, wouldn’t look out of place on an average Facebook timeline today.

Even so, their parents acknowledged the signs were there. Throughout the 1930s, fascist brownshirts attacked Jews and political dissidents in the streets. Laws prohibited Jews from education and professions. Signs calling for boycotts of Jewish businesses proliferated. Baruch’s father’s friends and neighbors stopped going to his family store, and the Gestapo took notes on people coming and going.

Maier Reilly’s parents were married in 1933, the year Hitler became chancellor. Her mother saw him in person twice during stays at hotels. The first time, nobody paid him attention. The second time, a crowd saluted him.

“He was sitting there in full uniform, surrounded by all his men, also in full uniform. I looked at him and he looked at me with big piercing eyes. I got scared, especially being there as a Jew, and not raising my arm to salute him,” Maier Reilly read from her mother’s diary.

On Kristallnacht, the Gestapo came to her parents’ apartment and searched it for illegal materials. Finding none, they took her father to their headquarters and sent him to Dachau. When he did not return, her mother joined a group of other Jewish women searching for their husbands, but the police would not tell them where they had been sent.

Her father spent two months in Dachau, and her mother was eventually able to get him out with help from a sponsor, a Jewish doctor who left the country in 1933 when he was no longer allowed to practice medicine. The couple escaped to Cuba while they waited for the visa that would allow them to move to the United States.

Baruch said his father was arrested along with men from his neighbor’s family. He was imprisoned in Dachau for two months before his family bribed him out. He escaped to England before immigrating to Chicago.

Baruch marveled at the foresight of German Jews who managed to read the signs even though they had lived as proud, assimilated Germans their entire lives.

“Who would have thought? The Jews had been in Germany for centuries and were embedded and never had an inkling that this was going to happen to the scale that it eventually did. And yet, so many of them somehow read those signs and decided to leave the country. And it’s brilliant,” he said.

He said some second-generation survivors in the United States are taking a page out of their parents’ books as they observe increasing political instability and division in their home country.

Some are even looking to the country their parents fled for a potential exit route.

“My cousin is applying for German citizenship,” Maier Reilly said. “We are eligible as second generations to become German citizens, and she’s actually applying, just in case. So that’s a whole turnaround.”

Although she and Baruch are eligible and acknowledged the appeal of a second passport, neither of them have decided to apply.

Baruch hopes that his family’s story serves as a warning against complacency in the face of discrimination.

“The key is that, unless everyone is really taken care of in an equitable, fair way, we’re all vulnerable,” he said. 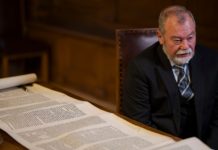 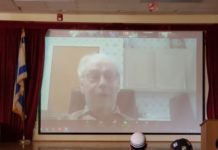 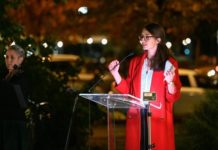