Abraham was a fanatic. He understood G-d to be different from the accepted worldview of his era. Contrary to the popular belief that G-d was a being of sticks and stones, stars and planets, Abraham believed that G-d was unlimited yet invisible, and beyond — yet comprising the essence of — the entire universe. Abraham the zealot was determined not only to have the rights to his own beliefs, but to also convert every person to his way of thinking.

So how did this fanatic go about his work transforming the world to his radical ideas? He invested in a hotel. He offered delicacies, even fruits and desserts in a desert oasis. He fed and washed his guests and used the opportunity to speak to and convince his patrons of the One G-d.

The Torah tells us how, three days after his circumcision, while still in great pain, Abraham went to greet three guests in the scorching sun. He first gave them water to wash their feet from the dirt that they worshipped. In other words, these were people very different from, and quite oppositional to, Abraham’s ideals and beliefs. Yet Abraham went out of his way, greeted them with a smile and put all his remaining energy into preparing a feast of delicacies for his guests. After the meal, Abraham didn’t just say goodbye, but rather escorted his guests along their way, showing his true care for their very well-being.

This week, we will mark two years since the sad day of Oct. 27, the 18th of Cheshvan, when senseless hatred shattered our world, and we will also vote to elect the president of the United States of America.

Let’s all remember that the most successful fanatic ever, the one whose vision is shared by billions of people the world over, didn’t fight or shout, demean or sow hatred. He showed care to each and every human being, and made clear that he wasn’t fighting for his own biases but rather as part of his love for another.

The road to changing our country and world for the better doesn’t begin with shouting down a neighbor or accusing a friend or stranger of being radical and stupid. It begins with sharing a hello, having a meal together, and showing basic civility, love and care for another — even those we might totally disagree with.

On this foundation, long-term change happens for the good. When we get caught up in who’s perfect, right or wrong, we foment anger, divisiveness and a world devoid of values.
But it’s more than just being right. Winners and losers don’t make the world more peaceful and perfect. Rather, the ability to have a multitude of people, with distinct voices and ideas that blend together to create the most beautiful music and harmony, is the true perfection we all strive for.

So the real quest and goal should be in applauding compromise and civility, and to show care and love even for those we disagree with. To be able to listen and have empathy — and ultimately, respect — even for individuals whom we don’t understand. That should be our goal: a world of G-dliness recognized in each individual, where a vote is not a means but rather the very individual expression and voice of a G-dly creation that we respect and cherish.

Remember, a vote or person ignored or demeaned can bring, heaven forbid, the tragedies of the past. Greater respect, an attentive ear to distinct voices and reaching out to one another will bring the everlasting peace and goal we truly want.

The word “mitzvah” means to connect. Our good deeds are conduits that connect us to G-d and our fellow man. Let’s increase in mitzvot and acts of goodness and kindness, and be fanatical about it. Then we will follow the greatest fanatic of all time to his true dream of a Messianic world, where peace, harmony and G-dly revelation will be the staple of existence.
Shabbat Shalom.

Rabbi Elchonon Friedman is the spiritual leader of Bnai Emunoh Chabad in Pittsburgh. This column is a service of the Vaad Harabanim of Greater Pittsburgh. 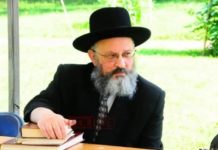 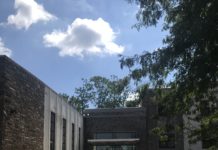 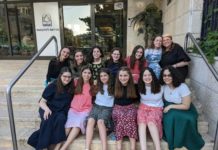