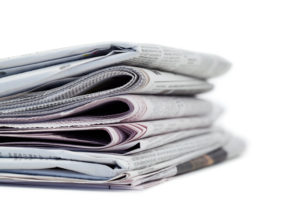 We are living in a moment of deep division and disagreement. Political polarization in our country is more pronounced than at any point in our lifetimes. We watch people using social media to dehumanize those who hold different viewpoints, and we worry about the threat of political violence in our city as the election draws near. Within our Jewish community, there is fundamental disagreement about which candidates and policies are best for the American Jewish community, for Israel, for the United States and for the world.

However, disagreement in itself need not tear us apart. Rigorous disagreement is an essential element of a healthy democracy and is central to how we develop our ideas in Jewish discourse. Our rabbinic tradition teaches us that it is possible for us to disagree and still respect each other’s essential humanity. We write today with the hope that our shared commitment to this country and its guiding values is deeper than our divisions. At a time when the division is so great, it is more important than ever to protect the mechanisms and institutions of our democracy, particularly the principle of a free and fair election where every eligible American can vote, knowing that their vote will be counted.

We recently began the Torah again, rereading the story of creation. The Torah’s depiction of each day of creation ends with a common refrain: “And God saw that it was good.” Following the second day, however, this description is missing. The midrash suggests that this is because on the second day of creation, disunion was brought into being, as God separated water from water, like from like, introducing division into the structure of the world. Thus, our tradition cautions that division and disunion can lead to disarray, chaos and the disintegration of relationships.

Our tradition also recognizes that disagreement can be a powerful force for positive change, what the rabbis call mahloket l’shem shamayim, disagreement for the sake of heaven. Mahloket is at the heart of how we exchange ideas and how we engage with our sacred texts and traditions. The hallmark of Talmud is the proliferation of differing opinions that coexist and are recorded together. American democracy, too, is founded on the value of healthy disagreement and coexistence. It is because of this very value, as codified in our Constitution, that our Jewish communities found safe haven here in the United States and have been able to flourish in this nation in ways unprecedented in our people’s history.

In our commonwealth and in our country, we remain committed to a democracy in which there is robust and fruitful debate, each person’s dignity is honored, each person’s life matters, and each person’s vote is counted. We must denounce all violence both before and following the election, including intimidation of election officials and citizens seeking to cast their vote, as well as intentional dissemination of false information about the voting process. No matter who your preferred candidates might be, it is imperative that we all support the election being conducted in a fair and just manner with all eligible voters having unhindered access to the polls and all votes being counted before winners are determined.

It is highly unlikely that we will have a clear winner in the presidential race on Election Day. We ask for patience and commitment to our system of democracy as we allow for every valid vote to be counted. Although this may take longer than usual, it means that democracy is working. Finally, we must honor the legitimate results of the election, whether they require a peaceful transition of power or a continuation of leadership.

Long after this election is behind us, may we look back with a clear conscience, knowing that, despite our differences, we each did our part to preserve our shared democracy. As we hold multiple viewpoints, may we hold onto the humanity of one another. 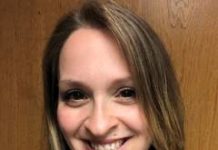 Overcoming Imposter Syndrome as a Rabbi 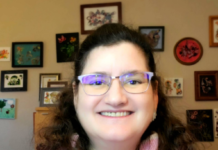 A Dispatch from Dark Days in Texas 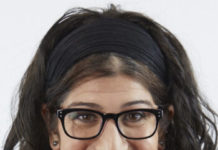