Ari Goldstein, the former president of Temple University’s Alpha Epsilon Pi fraternity, was sentenced Oct. 21 to up to to seven years in state prison following his conviction for attempted sexual assault, The Philadelphia Inquirer reported.

In addition, Goldstein, 23, of Wrightstown, will be required to register as a sex offender.

Common Pleas Court Judge Tamika Lane said she observed Goldstein’s lack of remorse as the victim testified about the mental and physical damage she suffered.

The victim said she has nightmares and was alienated by friends, as some sided with Goldstein.

“Physically, the bruises healed in a few weeks, but mentally I’m still damaged by what you did to me,” she said. “In 30 minutes, you instilled in me a fear that I will carry with me into every intimate relationship in my life, and that’s not fair.”

Goldstein attorney William J. Brennan said Goldstein’s sentence should hinge on his crimes, not social issues. He presented 34 letters and statements that attested to his client’s character.

AEPi was suspended by Temple in April 2018.

NMAJH to Induct Copperfield, Houdini
into Only in America Gallery/Hall of Fame

The National Museum of American Jewish History announced Oct. 22 that famed Jewish magicians David Copperfield and the late Harry Houdini will be inducted into its Only in America Gallery/Hall of Fame during its annual gala on Dec. 12.

“The kinds of ‘Only in America’ stories we explore in the museum are in great part about the legacies created for future generations. With this event, we are able to celebrate a cross-generational story,” NMAJH trustee and gala chair Sharon Tobin Kesterman said. “From immigrant Harry Houdini to first-
generation American David Copperfield, this event clearly demonstrates what’s possible when individuals are simply given the chance to be great.”

Copperfield, who was born David Seth Kotkin, will accept the honor from his International Museum and Library of the Conjuring Arts in Las Vegas and induct Houdini, who was born Eric Weisz.

Copperfield has earned 21 Emmy Awards, set 11 Guinness World Records and is a recipient of the Living Legend honor by The Library of Congress. Houdini is one of the most influential illusionists of all time, and Copperfield’s museum is home to a large collection of his artifacts.

KleinLife announced two new adult education programs for active older adults that are free to both members and the public.

The programs, “Chronic Disease Self-Management Education” and “Supportive Older Women’s Network,” seek adults 60-plus and 55-plus, respectively, as participants.

The Supportive Older Women’s Network will offer a way for women to connect with other women to share important knowledge and vital resources.

Starting dates for both programs are to be determined.
For additional information or to join one or both groups, contact KleinLife Director of Support Services Inna Gulko at 215-698-7300, ext. 195, or email igulko@kleinlife.org. l 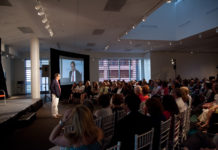 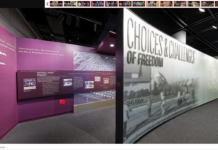 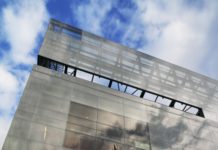 NMAJH Buys Back Building With Gift from Stuart Weitzman