When a Spanish soprano met a Jewish jazz bassist in 2013, neither of them imagined where their creative partnership would lead.

“I don’t know why this works but somehow it does,” said Alan Lewine, the bassist, composer and producer behind the duo Soprano Meets Bass.

Lewine and Ana María Ruimonte, the soprano half of the duo, moved from Philadelphia to Phoenix, Arizona, in June, just before the release of their latest album, “Sephardic Treasures.” Moving during the COVID-19 pandemic was never going to be ideal, but Lewine and Ruimonte arrived just as cases were starting to rise in Phoenix, which made the cross-country road trip something of an adventure.

“It was pretty crazy, as you can imagine,” Lewine said.
It was ultimately a desire to be closer to his mother that took Lewine and Ruimonte away from Philadelphia. Lewine’s parents retired to Scottsdale, Arizona, two decades ago, and while he lived in other parts of the southwest and visited Arizona a few times over the years, he was happy to go there permanently to be close to his mother.

“My mother’s a healthy, strong, very well 89-year-old woman, but I got to thinking she deserved to have some family around,” Lewine said. “And besides, we were ready to change things. I guess we’re a little restless by nature.”

That restless nature is reflected in “Sephardic Treasures,” a genre-defying anthology of Sephardic songs and stories that features musicians from across the globe. The album was released in July, just one month after Lewine and Ruimonte arrived in Phoenix. Since then, Ruimonte said, the pair has been busy promoting the album with Zoom events and one small, socially distanced performance.

The project was years in the making. Since starting Soprano Met Bass, the pair worked on a project that focused on the history of Jews who were expelled from Spain in the 15th century.

“My background is Ashkenazi Jewish, not Sephardic, and Ana María grew up in Spain where, of course, your background is Catholic, but basically we’re both devout musicians,” Lewine said. “And I said, ‘Well, between us, she’s Spanish, I’m Jewish — we’re Sephardic, sort of.’”

Lewine and Ruimonte began performing Sephardic songs that would eventually make their way onto “Sephardic Treasures” as early as 2016, when they performed with flamenco musicians at Palacio de Los Olvidados, or the Palace of the Forgotten, in Granada.

For Ruimonte, learning the history of Sephardic Jews gave her insight into the multicultural heritage of her own country.
“It has been very interesting to realize that I am a mix of different cultures, from the music to the songs to the stories,” Ruimonte said.

Several of the songs and stories that appear on the album were part of the professional repertoire that Ruimonte performed with choirs and orchestras in Spain, and one song, “Señor Don Gato,” was something that her mother sang with her as a child.

Ruimonte was also struck by the significance of performing the music that was kept alive by generations of mothers passing songs down to their daughters. That tradition was one reason that it was important to both Lewine and Ruimonte to feature a female voice on the album.

The songs were drawn from the Sephardic Romancero, the body of Sephardic music from around the Mediterranean that has been collected and studied by researchers since the early 20th century.

“There’s so many fascinating stories and it’s amazing how much it shows that human nature is constant across cultures and epochs,” Lewine said. “A lot of it resonates with things that we see going on today.”

Many of the songs tell stories that offer snapshots of life in medieval Spain or present fables complete with witches, warriors and talking heads. The wide range of characters that appear on the album challenged Ruimonte to bring the music to life with her voice. Whether she was performing as a queen admiring herself in the mirror or as a daughter going to war and falling in love, Ruimonte tried to capture the truth of the character in her performance.

“I tried to give some kind of theatrical expression to the characters, because many of these songs are romantic,” Ruimonte said. “And these are people talking, so one will talk and the other respond, and then they can accuse her or the boy talks, so what I try to do is to imitate voices.”
Guest musicians appear on almost every song in the album, from world-famous flamenco musicians and a popular klezmer violinist to Israeli percussionists and even a shofar blower. The result, Lewine said, was a sort of fusion of world music that incorporated styles ranging from flamenco and jazz to classical and country.

“Duane Eubanks, who’s an old friend of mine and a great jazz trumpeter who came and did this with us, said ‘Yeah, I’ve never done anything like that before,’” Lewine said. “That’s good. We like that idea.”

Alicia Svigals, founder of the popular klezmer band the Klezmatics, is featured in two songs on the album, “Señor Don Gato” and “La Infanticida,” but fans of her work won’t hear any klezmer music on the album.

“I said, ‘I’m going to get you out of your comfort zone here,’” Lewine said.

Another song, “El Rey Cuando Amadrugaba,” includes a shofar call. While the sound doesn’t tie into the lyrics of the story, the idea for the shofar came from the setting in medieval Spain, where Lewine imagined an army would be approaching the city gates accompanied by drums and trumpets.

“Everybody knows the story of Jericho, when the walls came tumbling down,” Lewine said. “This is a king in ancient Israel or Judea that the story is about … and of course the trumpets of that day were the shofar. So at the beginning of the song you can hear the army marching in from the distance, led by the shofar.”

All in all, the collaborative recording process took a couple of years, Lewine said, followed by another year of mixing the tracks and getting the sound of each song right. His goal with each of the songs was to keep the lyrics and the melodies, but to give them a modern feel.

“When this was a living music, the musicians who played it wanted to be cool, they wanted to be hip. They didn’t want to sound like musicians from five hundred years before,” Lewine said. “And I thought the best way to honor them was if we kept the melodies, we kept the lyrics, but we set them in settings that I thought were cool and hip.” 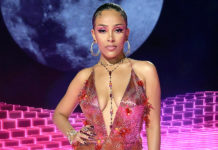 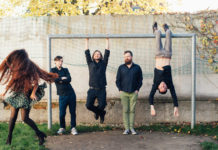