The first building that ever bore the name of Federation Housing was closed after just a single year of operation.

Today, over 1,500 seniors are provided with affordable housing across 11 Federation Housing sites in the Greater Philadelphia area, and they have an eye on expanding in the near future.

First conceived in 1970, Federation Housing was created with the intention of serving Philadelphia’s aging Jewish population, and is intended for those 62 and older.

“There’s people out there that need basics: food, housing, the very basic stuff,” said Robert Tabas, a board member for about 25 years. “We as a country, or society, need to be involved, and help that, and Federation Housing does a great job.”

Today, residents of what are now called Samuel Tabas Apartments — still subsidized — have access to on-site social workers, lounges and other common areas.

In steadier days, residents, 72% of whom are over the age of 75, are offered access to frequent programming, entertaining, religious and educational in nature. All Federation Housing buildings have asked their residents to take new precautions regarding gathering, in light of the pandemic.

Tabas hinted at the development of further apartment buildings in the not-too-distant future.

“This organization is important to me,” Saligman said. “They do really good work and they spend their money very wisely.” In 1994, construction was completed on Robert Saligman North, an addition with 106 bedroom units.

The longest-serving employee that Federation Housing has ever had has an office at the 8900 Roosevelt Blvd. location. That’s where Executive Vice President Eric Naftulin sits down each day at his office, right beneath his framed janitor’s uniform from 1989.

At the end of October, he’ll celebrate 31 years with Federation Housing, having worked his way up from custodian to his current position, which he assumed in 2004. In just a few weeks, he’ll join Federation Housing in turning 50, too.

Naftulin was supposed to be a firefighter like his dad, but a city budget crisis necessitated a hiring freeze right as Naftulin graduated high school. He started at community college and took a position as a “broom” — a janitor — which later turned into a more permanent maintenance position.

Getting to know the residents of the buildings he worked in, Naftulin began to gain a deeper appreciation for the whole project; in the older population he interacted with, he saw his own bubbe and zayde, and what a resource something like Federation Housing would’ve been to people like them.

“I started to really fall in love with the mission,” he said.

Before he retired in 1994, Ephraim Goldstein, the founding executive vice president of Federation Housing, encouraged Naftulin to stick around with the organization. The organization sent Naftulin back to school for business management and accounting classes, and he returned as director of operations.

In 2004, when the top job was open, Naftulin demurred at first; it took a frank discussion with a mentor to convince Naftulin to put himself in consideration for the job. Naftulin became executive vice president at the end of that year and, under his leadership, Federation Housing developed the Samuel A. Green House, the Florence E. Green House and Center Park 3, adding 184 units.

Janitor’s uniform or not, he hopes to remain with a group of people that feel like family to him for a long time.

Frank Haaz, a former board president who still serves with Federation Housing, said that Naftulin “does an unbelievable job,” setting the tone for the organization’s successes over the years.

Haaz has been involved with Federation Housing since the mid-1980s, when he took part in a leadership training program as a young man. After sitting on the board as an observer for a year, he was asked to join as a full member. As the new kid on the block, he resolved to keep his mouth shut and listen for a while.

“And eventually, 20 years later, they asked me to be the president,” Haaz said. “So it all worked out pretty well, I guess.”

By Weinstein’s assessment, Federation Housing is one of the best systems of its kind in the country, from the dedication of its board to the strength of its relationship with local housing authorities.

“The morale within the group is tremendous,” he said. 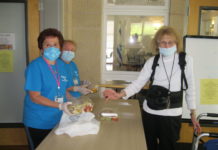 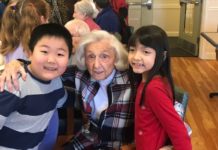 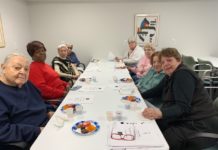