That didn’t stop them from creating “Welcome to the Shiva House,” an interactive virtual performance that will run during the 2020 Philadelphia Fringe Festival.

The show, which consists of a combination of live performances, audience participation and guided walking meditation, takes the format of a Zoom shiva held in three segments for a fictional character named Sam Bloom. Behrend and Schulman alternate as the nameless host, and audience members join as mourners.

The creators had seen virtual shows that tried to translate a traditional performance to Zoom without acknowledging the platform’s limitations. They decided to take a different approach.

Behrend and Schulman met while they were both working as Hebrew school teachers at Congregation Rodeph Shalom and decided they wanted to collaborate. When a gunman killed 11 congregants at the Tree of Life complex in Pittsburgh in 2018, they began channeling their sense of grief into a play about Jewish mourning for the Philadelphia Fringe Festival.

They worked on that project for two years before they realized they would not be able to produce an in-person play in 2020 due to coronavirus.

“Instead of adapting that play to a virtual format, we decided to write a new show,” Behrend said.

“Welcome to the Shiva House” is also inspired by Jewish mourning practices, but specifically addresses how rituals and emotions have been impacted by the pandemic.

Over the course of the performance, the age, gender, career and other life events of the deceased character change. Behrend and Schulman intended the play to address the difficulty of comprehending the coronavirus deaths of 180,000 Americans, a grief that feels both enormous and vague.

The artists wanted to create an immersive, interactive experience by inviting audience members to participate in adapted Jewish rituals.
Attendees have the option to provide their mailing address to be sent physical interactive materials for the performance, and they can also request digital versions.

“Mourners” are encouraged to have a candle and piece of fabric on hand to participate in yizkor and kriah. After the Zoom shiva concludes, they receive an audio file with quotes from other Jewish plays and instructions to take a meditative walk, a nod to the customary walk around the block that marks the end of the shiva period.

They also will receive a PDF companion to the show containing excerpts from Jewish sources on mourning, including Tony Kushner’s play “Angels in America” and writing by philosopher Judith Butler.

Behrend and Schulman collaborated with musician Dylan Gygax to create the play’s musical score. Gygax and Schulman had collaborated on several previous productions, including coordinating remotely on a play about the painter Norman Rockwell called “A Final Impossibility.”

For “Welcome to the Shiva House,” Gygax used slow music that looped and repeated frequently. Behrand and Schulman wanted the score to have a meditative quality that would help the audience process feelings of grief.
There will be eight performances of “Welcome to the Shiva House,” with opening night on Sept. 10 and a final show on Sept. 27. Attendance is free, and donations are suggested. 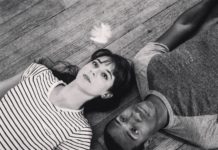 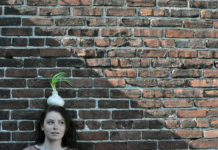 Jews Continue to be Fringe Elements for Annual Festival 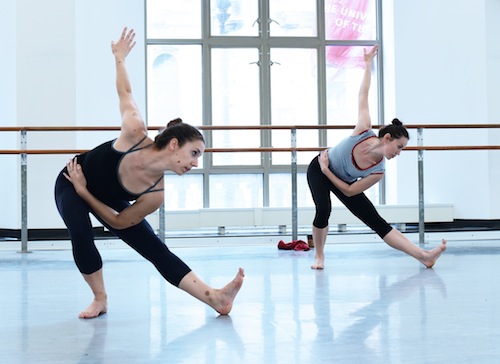